Publisher PQube has announced that their turn-based History Channel-licensed strategy game, Legends Of War: Patton, will be released on the 8th March in Europe for PC, Xbox 360 and PlayStation 3.

Slitherine announced their History Channel-backed turn-based strategy game Legends of War: Patton for PC, Xbox 360 and PlayStation 3. While a 20th November release date for the PC version was revealed at the time, the developer has now given a February 2013 release for the console versions.

Legends of War: Patton arriving on the 20th November on PC

Maximum Games has announced that Legends of War: Patton, a History Channel licensed turn-based strategy game developed by Slitherine, will be released on PC on the 20th November. 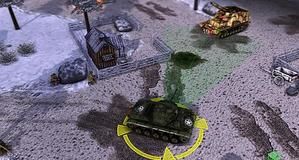