Infinite Game Publishing has announced that the studio is extending the MechWarrior Tactics Founder’s Program, since the game is getting closer to the open beta which will launch "later this year". The "Founder's Pack" allows players to skip the line waiting to play the closed beta.

Infinite Game Publishing has released a massive two hour video showing off gameplay for their free-to-play online turn-based strategy mech combat game, MechWarrior Tactics. The video is narrated by Phil from No Guts No Galaxy and Infinite Game community manager Niko Snow, shot during a MechWarrior Tactics demo on the 22nd May 2013.

Infinite Game Publishing has emailed all gamers who applied to beta test the browser-based turn-based strategy online mech sim MechWarrior Tactics that the closed beta will be starting on the 22nd May.

A new website for a game called MechWarrior Tactics has been spotted in the wild. The site features a countdown timer and a registration form asking for the player's "commander name", in addition to the usual email address request. 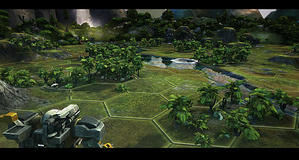