Naruto will be landing on PC for the first time in its long videogame history, as Naruto Shippuden: Ultimate Ninja Storm 3 Full Burst is now available on Steam.

Namco Bandai has announced that it shipped over 1.2M units of its licensed fighting game / action-adventure Naruto Shippuden: Ultimate Ninja Storm 3 in March.

BioShock Infinite, Xbox 360 lead March 2013 US sales according to NPD

BioShock Infinite and the Xbox 360 ruled the roost in March 2013 in the United States, according to the NPD.

Anime fighting game Naruto Shippuden: Ultimate Ninja Storm 3 may be getting a demo on the 19th February in North America. Publisher Namco Bandai oddly isn't sure if it'll land on that date. 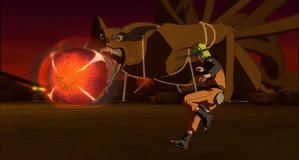