Battlefield Heroes, Need for Speed World and other EA free-to-play titles closing down

So long delightfully cartoonish Battlefield Heroes, as EA has announced it's waving the white flag. They're also ending Battlefield Play4Free, taking their ball home in FIFA World and impounding Need for Speed World.

EA is shuttering four free-to-play titles with Battlefield Heroes entering the horrors of peacetime from July 14th - and no, soldier, you don't get your free-to-play fun money refunded.

Electronic Arts is continuing to lay off personnel in the wake of the departure of former CEO John Riccitiello. While the number of employees have yet to be disclosed, EA closed Popcap Vancouver, which deals mostly with hidden object games, and Quicklime, which developed Need for Speed: World.

Electronic Arts has announced its celebrating the two year anniversary of Need for Speed World, the free-to-play, massively multiplayer online racing game with free DLC and double XP for the next 72 hours.

Electronic Arts has issued a press release bragging that since Need for Speed: World has gone free-to-play, they have added two million registered gamers, bringing the total to three million.

As one beta ends so does another begin - EA starts up a weekend long open beta for Need for Speed World starting today and ending Monday.

Registrations open today as yesterday was Canada Day so they took time off for... Canadian things, like Moose spotting, or whatever. 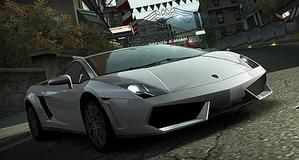