Did you enjoy Prey but found yourself harkening for a more unforgiving, hardcore experience by the likes of Shock games? We've got just the right thing for you, then.

A mysterious tweet has us wondering just what the hell is it that the developers are getting ready to reveal.

Judging from a recent job opportunity listing, there's every chance Arkane studios could be the next big-name developer to abandon single-player narratives. 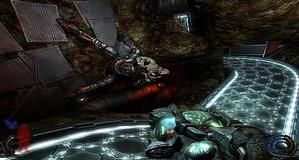