Railway Empire 'Down Under' DLC releasing today on Steam

Kalypso Media has revealed the next piece of DLC for Railway Empire, 'Down Under'. This DLC will mark the series second visit to the Southern Hemisphere, taking players to the sun-scorched plains of the Australian outback. 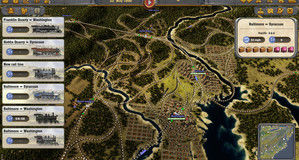