ModDB Introduces Mod.io - a Cross-Platform Mod API That May Yet Revolutionise Modding

The renowned modding website ModDB is now working on something new and exciting that may well change how game modifications are perceived at large.

GSC Gameworld re-opens its doors, has a new project in the works

After closing down back in 2011, the original creator of STALKER: Call of Pripyat GSC Gameworld has re-opened for business. It has a brand new website and even a new project in the works.

"We don't think free-to-play is the right model for the game we want to make. So we're making an old-fashioned, full price game, we think our audience will be happy about that. We're expecting a lot of our old audience!", spokesperson Valentine Yeltyshev told Gamesindustry.biz. 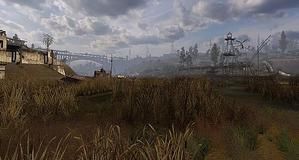