Saga has moved away from the typical MMORPG to an MMO strategy and world building game...

The developers of the MMORTS Saga have reformed as Goblin Templar, and have announced that it is working on a sequel, Saga Kingdoms. The game is now seeking to raise $100K on Kickstarter.

Silverlode Interactive has announced Warspire, which is a follow-up to Saga, their free-to-play MMORTS. Warspire is a "collectible RTS" which uses units and races from Saga, with massive head-to-head realtime strategy games. Warspire will also be free-to-play. 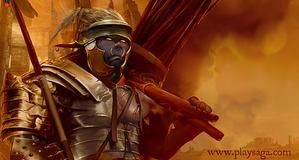