This week's Europhile update to the PlayStation Store has much sought after SEGA Rally Online Arcade, and Red Faction: Armageddon is now all digital.

What's happening on Xbox Live between now and the 23rd of May? Major Nelson and pals have posted the latest schedule for the Xbox Live Marketplace.

Sega Rally Online Arcade, which was leaked for the PlayStation 3 a few days ago, has been confirmed for not only the PS3, but the Xbox 360 and PC as well.

Another ratings board has leaked an unannounced game, as Sega Rally Online Arcade has appeared on Korea’s Game Rating Board by Sony Computer Entertainment Korea. 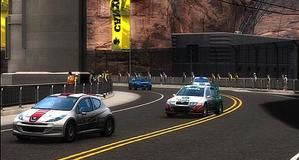