Mankind reaches for the stars, but does it ascend to new heights or fall flat on its stupid face?

Firaxis has squashed a bug in Civilization Beyond Earth: Rising Tide which caused your allies to abandon you every time an enemy faction declared war.

I swear, I never even noticed it when I was playing. Perhaps that's because I spent my time cowering in the corner of the map, stealing everyone else's hard-earned scientific research.

Civilization: Beyond Earth expansion Rising Tide is coming this October, free Steam weekend for the core game kicks off today

Firaxis has announced the release date for Sid Meier’s Civilization: Beyond Earth – Rising Tide - you'll be able to get your hands on the water-based expansion this October 9.

In order to mark the announcement, publisher 2K is holding a free Steam weekend for Beyond Earth, kicking off today at 6:00PM BST and concluding Monday, August 17 at 6:00PM BST.

In our E3 2015 interview with Firaxis on Sid Meier's Civilization: Beyond Earth we chatted with lead producer Andrew Frederiksen about the Rising Tide expansion which 'addresses fan feedback'.

Specifically it's 'opening up the whole world' in Beyond Earth, which the team acknowledge "didn't go far enough" in its quest to conquer this alien planet. Rising Tide is not just about water gameplay.

There'll be new alien beasts threatening our fledgling civilizations, and Firaxis are reworking the diplomacy system. Four new factions will be vying for control of the planet, and we can invest in multiple Affinities. 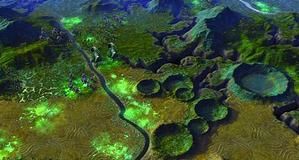 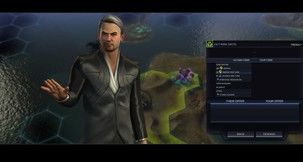