The third title in the Skylanders series, SWAP Force, has been confirmed for Xbox One and PlayStation 4 alongside the already named releases for current gen platforms. Vicarious Visions is handling next-gen as well.

Activision's strong selling point for SWAP Force is that the top and bottom halves of the toys can be exchanged between 16 Skylanders figures for around 250 unique combinations. Kids will want!

The NPD group has released figures for the US sales from the 4th April through to the 7th May. The Xbox 360 led console sales, with 130K units sold. Sony and Nintendo declined to reveal their unit sales, though reportedly, the Wii U sold 55K units, 20K less than the Wii.

The NPD Group has revealed the top selling games for January 2013, which was led by Call of Duty: Black Ops 2, continuing its domination of the market.

Furthermore, the Xbox 360 led for the 25th straight month with 281,000 unit sales. Neither Sony nor Nintendo revealed their hardware sales for January, however.

Skylanders franchise tops $1B in 15 months

If you needed a reason why Disney Interactive was riding Activision's coattails by making their own version of Skylanders: Spyro's Adventure with Disney Infinity, Activision has announced that the Skylanders franchise has snagged the publisher over $1B in revenue in just 15 months.

Activision-Blizzard has announced that the publisher enjoyed major profits in both the last quarter of 2012 and 2012 as a whole, thanks in part to the amazing sales of Call of Duty: Black Ops 2. 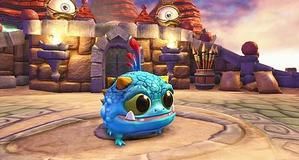