The Humble Tom Clancy Bundle is now live, and as well as offering a nostalgic trip back through the series' history, it allows players a sneaky glimpse of its future.

Pay any amount of cash and you'll unlock a place in the Tom Clancy's Rainbow Six: Siege multiplayer Beta, alongside five classic games.

Publisher Ubisoft has delayed the impending Splinter Cell HD collection until late September in Europe, which was expected sometime the first half of 2011.

The PS3 Blu-ray release includes the original Splinter Cell, Pandora Tomorrow and Chaos Theory. Sadly none have their multiplayer components.

Far Cry 2 dev blasts L.A. Noire, it has "nothing original to say"

He dismisses the crime thriller as "derivative, uninspired, narcissistic" through his twitter account. He says it proves videogames can only be 'kitsch art'. 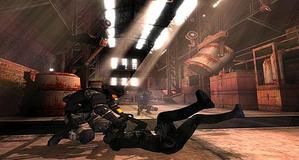