FireFly Studios have released their latest iteration of the ancient Stronghold series on Microsoft Store, but there's word of something bigger coming our way soon, too...

Stronghold Kingdoms expands from Europe to take over the entire world

Firefly Studios has announced that their free-to-play castle building strategy game has expanded from Europe to encompass all 151 nations of the world with the Global Conflict update.

Firefly Studios has released a new expansion for its castle-building free to play MMO Stronghold Kingdoms, titled Rise of The Wolf. It sees the return of several classic Stronghold characters.

Including, as you might have guessed, the Wolf, an AI commander who should give players one of their sternest challenges yet. He'll be backed up by his menagerie of AI captains; The Snake, The Pig and The Rat.

Firefly Studios has created a new, large-scale ‘Europe’ game world for its castle MMO Stronghold Kingdoms, apparently in response to fan requests for bigger maps to play on.

The new level is based on the current day map of Europe, and offers 33 different countries to play as in a persistent game world.

Stronghold Kingdoms, the free-to-play castle builder, has just been updated with some new gameplay content in the form of player Quests.

30 new Quests have been added, including Quest paths such as the Villain, Wolf’s Nemesis and Peacemaker; requiring players to attack friendly castles, AI opponents and prevent conflict through the use of religion respectively. 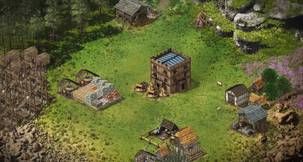