Edmund McMillen, the creator of Super Meat Boy, says that EA fired Plants Vs Zombies creator George Fan for refusing to help turn the sequel into a Pay-To-Win mobile title.

"Super Meat Boy Forever is back in development again and is my primary project at this point now that Afterbirth is basically complete on my end and Fingered is out," he told Destructoid. "Mew is on hold till after Forever is out, the only target release is, 'When it's done.'"

In an interview with Game Informer, Team Meat's Edmund McMillen revealed that the adventures of the heroic Meat Boy may not end with the upcoming touch-based spin-off Super Meat Boy Forever.

Team Meat, the two chaps behind indie smash Super Meat Boy, are working on a new game, titled A Voyeur For September. Judging by a newly released trailer... it could be about anything, really.

Edmund McMillen and Tommy Refenes had previously been working on offbeat cat-breeding game Mew-Genics (best title), but last month they revealed that project was on hold while they worked on something new. 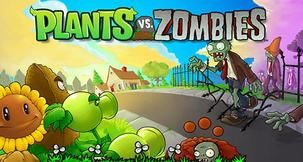