It's like Metroid if the Power Suit was the star and it was really into point-n-click adventure games...

Over The Moon's Artificial Intelligence Sequel 'The Fall Part 2: Unbound' Is Delayed Into 2018

There's no shame in admitting your pile of 2017 gaming gems just keeps getting bigger and bigger. It's a massive year for video games, and developers are clearly starting to weight up the competition. Over The Moon's The Fall Part 2: Unbound has been delayed to dodge the onslaught of the AAA holiday lineup.

Non-DRM version of The Fall released on Humble store

Vancouver developer Over The Moon has announced that its sci-fi adventure game The Fall has been released in DRM-free form today on the Humble webstore.

"Aside from Humble's philanthropic commitment, it's great to be on a platform that so widely promotes DRM free games," 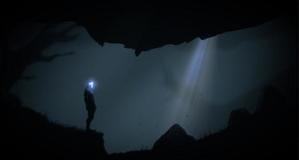