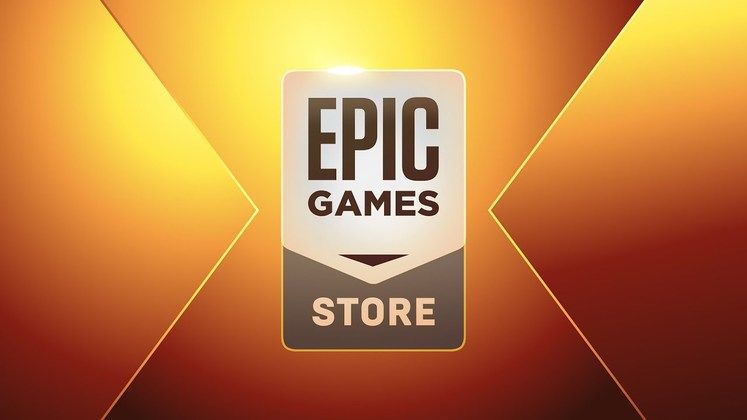 Since the Epic Games Store took the world by storm in late 2018, free games have been a core part of its DNA and this trend will continue throughout 2021, by the looks of it. Epic's generous approach makes it quite easy to access a number of great titles – some of which can steal many hours from you – while drawing more users to its store by helping them easily establish a large library of titles.

The past year's offerings have ranged from indies – both popular and obscure – to AAA releases like Elite Dangerous, Civilization 6 and even the might GTA V which notoriously took the storefront's servers down. The first entries on the list of free games you can grab on the Epic Games Store in 2021 see players building and managing dino parks and taking to the stars on a rogue-lite adventure. Here is the Epic Games Store free games list of 2021. 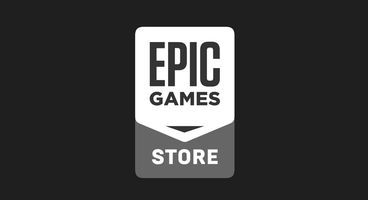 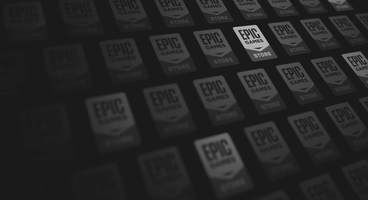 In the past, one or more games were available for free on the Epic Games Store each week. Epic has confirmed that this approach will continue throughout 2021. All you need to do in order to add these games to your library is have an EGS account, go to the free game's store page and follow the same process as you would when purchasing it.

You obviously won't be charged anything but will have to add the game to your library during the week in which it's free. Should you miss it, however, you'll have a couple of other opportunities to get it discounted throughout the year during one of the Epic Games Store's sales. A few of these freebies were have been given away multiple times, but this approach isn't exactly reliable.

We'll keep an eye out for any announcements and update our list of 2021 Epic Games Store free games as we learn anything new. 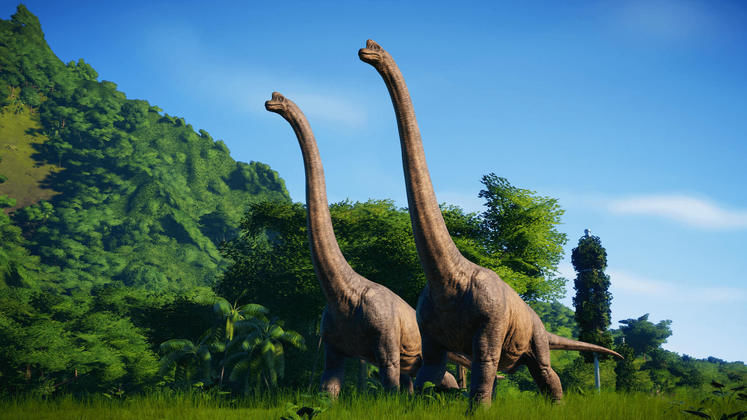 Jurassic World Evolution is a dream come true for any fan of the franchise who wants to control all aspects of managing their own dino park. You not only get to place buildings, hire staff and take care of finances but also bioengineer your own dinosaurs as you chase specific traits. The dinos are majestic beasts with a mind of their own, so you'll get the chance to see how they behave in their habitats, when sick or threatened. Just make sure your fences are strong enough to keep the rowdy ones inside. 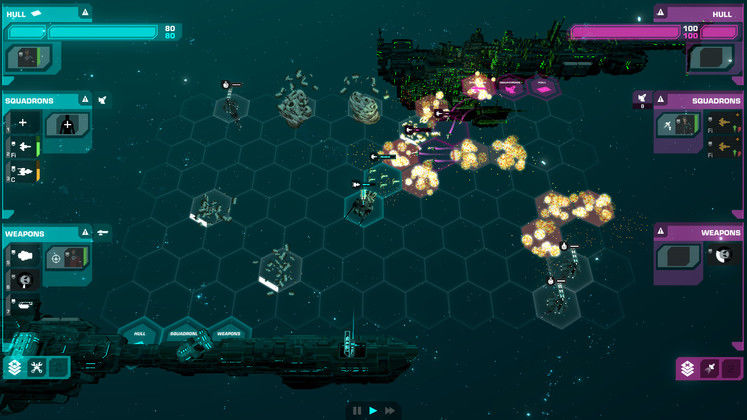 Naming works like Foundation and Dune as its sources of inspiration, Crying Suns is a tactical rogue-lite in which you play the role of a space fleet commander exploring what remains of a fallen empire. While the title's 300+ story events work to reveal more about its mysterious universe, tactical battles and procedural generation ensure that each run remains fresh. 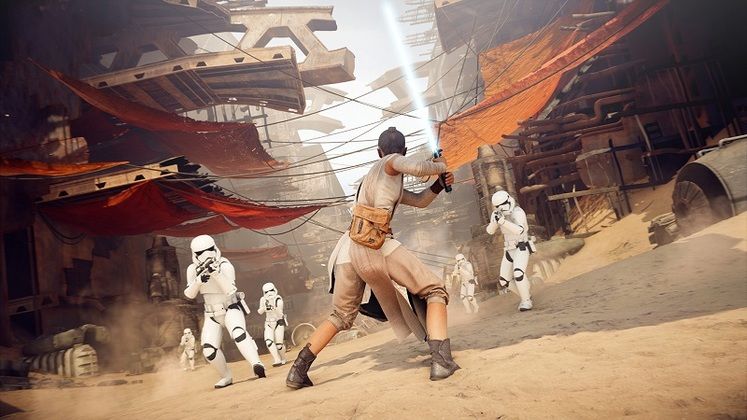 Star Wars Battlefront II: Celebration Edition includes every bit of content in the base game and its subsequent free updates, alongside a large suite of cosmetic items otherwise purchasable with in-game credits. The shooter quickly became notorious at launch due to how grindy it was and tying power progression to paid loot boxes but has by now redeemed itself in the eyes of many. It's also one of the best looking and sounding ways of experiencing Star Wars. If you haven't already, there's really no excuse to give it a shot when it becomes free on the Epic Games Store. 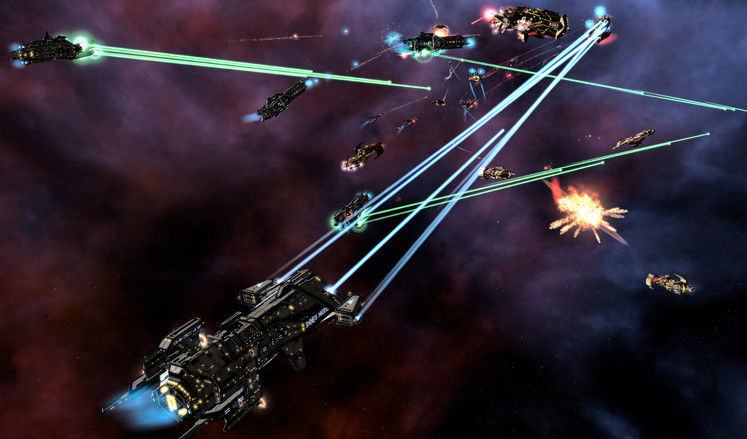 Galactic Civilizations III is a 4X strategy game that makes good use of a tried and tested sci-fi premise. As humanity discovers it's not alone in the universe, you step in to decide its fate or that of the alien factions surrounding it. Its story campaign takes you through the lore of each faction while its sandbox maps can hold up to 100 opponents and have a variety of layouts, worlds and challenges. The path to victory can follow different routes, from military to political, cultural and technological, but regardless of your pick, you'll want to develop a strong economy, fleet, construct hypergates that facilitate travel, and maybe even dabble in espionage. 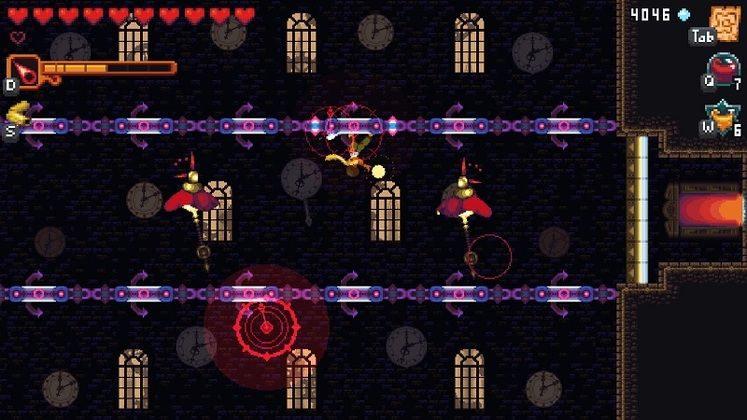 Dandara: Trials of Fear Edition is a 2D metroidvania that puts you in the shoes of a heroine fighting to restore freedom to the world of Salt and its citizens. Able to defy gravity and jump across floors, walls and ceilings, Dandara must survive tough battles and uncover mysteries as she gets closer to ridding her world of oppression. The Trials of Fear Edition comes with additional content, including three new areas to explore, a new boss but also fleshing out the game's lore and adding a new control scheme for keyboard and mouse. 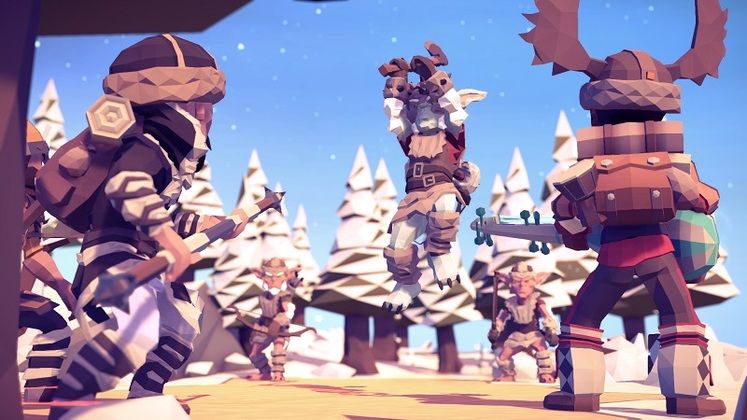 For the King mixes tabletop and rogue-like elements, facing parties of heroes with procedurally generated maps, quests, and events, as well as turn-based combat. Their adventures contribute to stabilizing the realm of Fahrul following the murder of its king. Everything that Fahrul has to offer can be experienced in single player alongside local or online co-op. 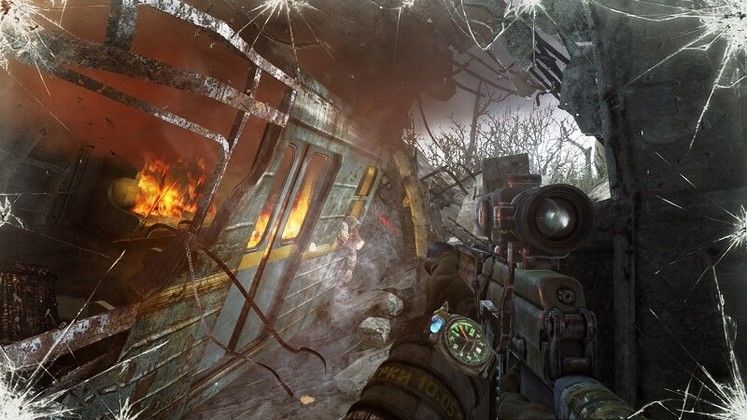 Metro Last Light Redux is the best way to experience the second title in the series and the continuation of Artyom's journey through the Moscow metro and above. From the claustrophobic tunnels to the ravaged exterior world, you'll scavenge for gas mask filters and resources while facing vile humans and mutated beasts. Blending survival with action sequences, Redux contains a series of improvements over the sequel's initial version and all the DLC it received. 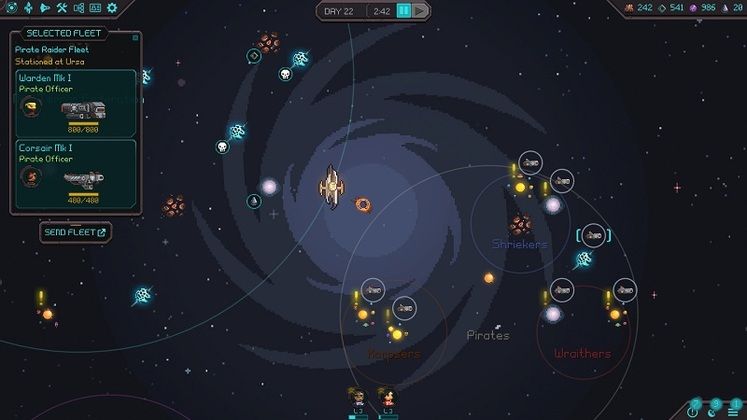 Halcyon 6: Starbase Commander revolves around your mission to reclaim and rebuild a space station that previously belonged to a precursor race. Using only the resources salvaged from the station itself and nearby systems, you'll have to get it back up and running. But while base building is a large part of the game, you'll also have to manage crew members and make sure that your ships and people survive the game's tactical battles. 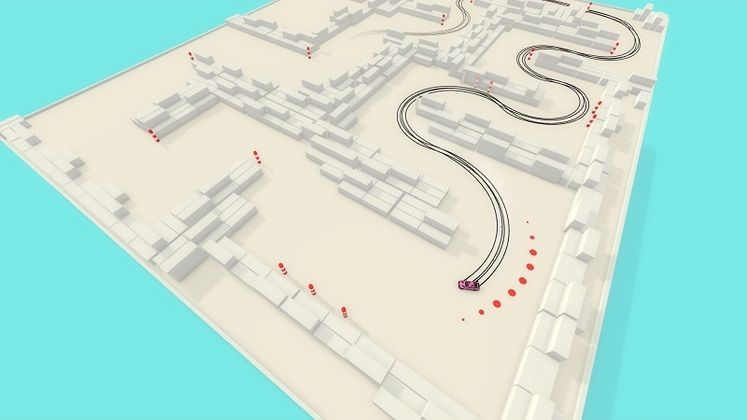 Absolute Drift is a top-down racing game that focuses entirely on mastering the art of drifting. Its clean, minimalist art style avoids distractions regardless if you're driving one of the 6 available drift cars across its relaxing free-roaming arenas or participating in the 3 competitive modes and their 34 levels. 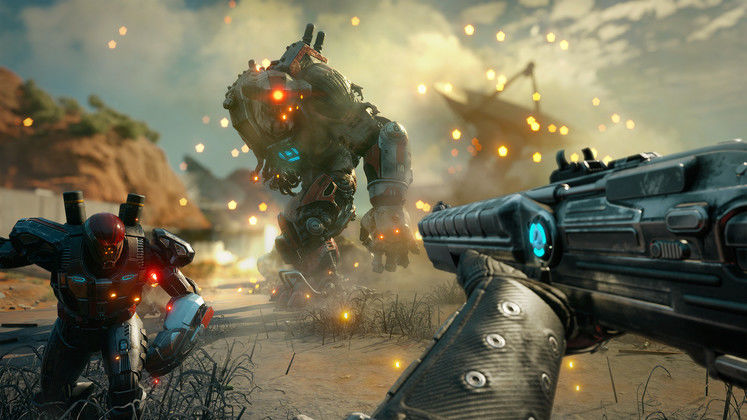 Rage 2 was one of those sequels nobody really expected would happen. Co-developed by Avalanche Studios and id Software, the title returns to a post-apocalpytic setting, blending open-world elements with punchy shooting and satisfying, upgradeable powers. There's a fair share of vehicle combat, too, alongside a story with a considerably less disappointing ending. 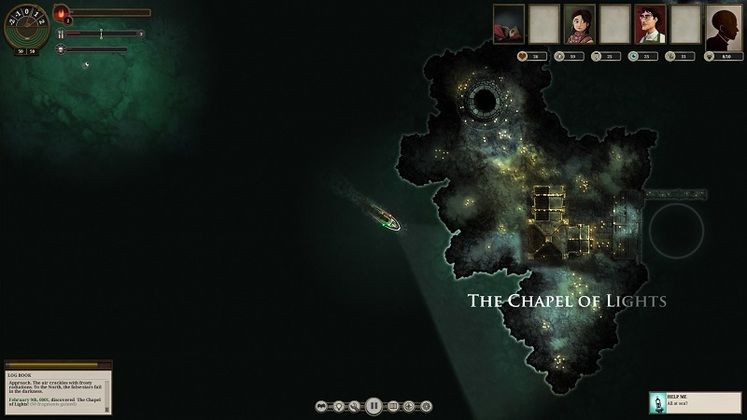 Sunless Sea is a nautical survival game with roguelike elements set in the Fallen London universe. Interweaving Victorian Gothic and Lovecraftian elements, the title puts you in the role of a ship captain that sets out to explore the Unterzee, an expansive underground ocean. While deadly monsters will eventually force you to part with life, you'll also have to manage fuel, supplies, and your crew's sanity. Ending up with your boat stranded in the middle of nowhere is never fun. Although its combat can become frustrating at times, the stories behind the places you visit and people you encounter make braving the Unterzee worth it. 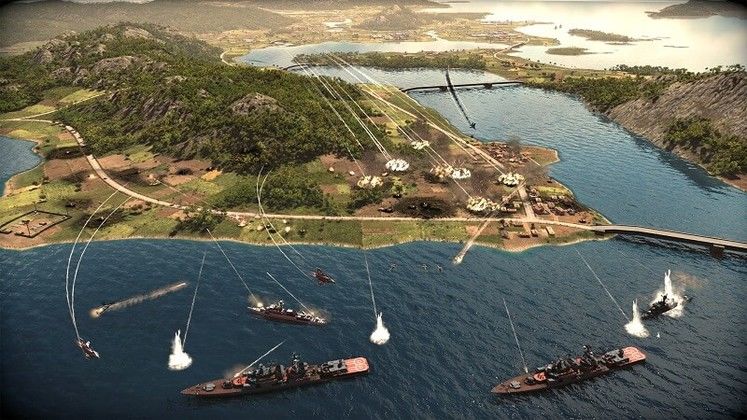 Set in 1991, Wargame: Red Dragon sees the Western forces and the Communist bloc clashing. You take control of one of its 17 playable nations, leading units across air, land, and sea, while having to take into account both your enemy's maneuvers and the terrain you're fighting on if you're looking to emerge victorious. The game's dynamic campaign system will keep you busy for quite a while but, if you're more competitive, you can also take to multiplayer to show your skills against up to 20 players. 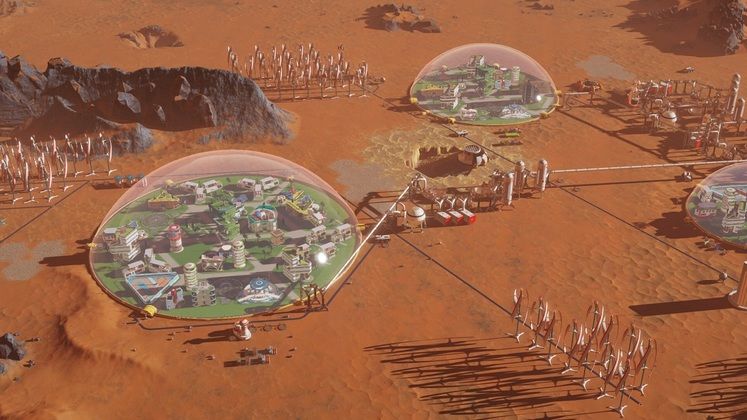 Surviving Mars is a colony sim that focuses on your efforts to establish a self-sustaining presence on the Red Planet. You start with a handful of robotic drones and remote-controlled vehicles that prepare a slice of the planet for the arrival of the first human colonists. Once there, you'll need to keep them happy while using their expertise to keep production chains and your budding society running in the face of impending disasters. 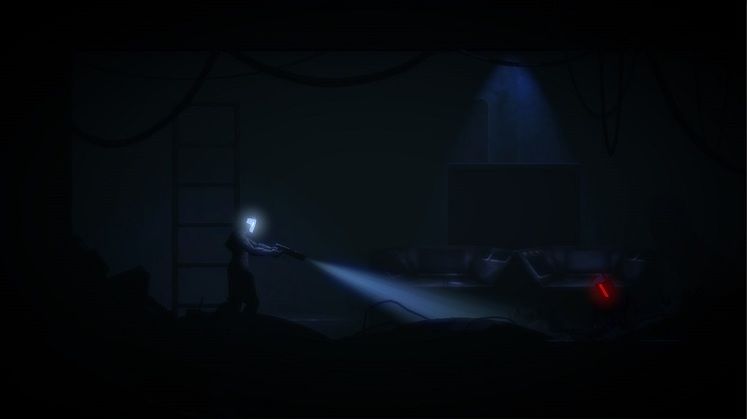 Blending puzzles and side-scrolling action,The Fall follows ARID, and AI who takes control of a high-tech combat suit, attempting to protect its unconscious human pilot after they crash land on an unknown planet. As they explore this new environment and deal with its hostile forces, ARID also goes on an introspective journey that sees her questioning the very rules that drive her.

Creature in the Well 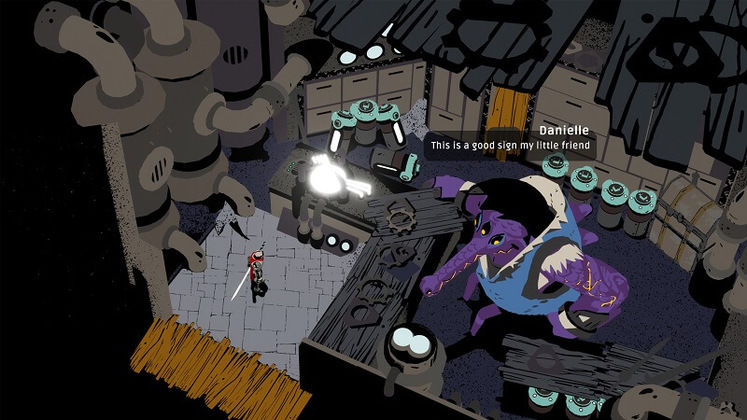 Creature in the Well is a top-down dungeon crawler that takes inspiration from pinball, of all things. Rather than using it to slash opponents, the protagonist's sword is mainly used to charge and bounce energy orbs around an ancient facilty's interiors, in an attempt to restart machinery that can save the city of Mirage from a deadly sandstorm.

Tales of the Neon Sea 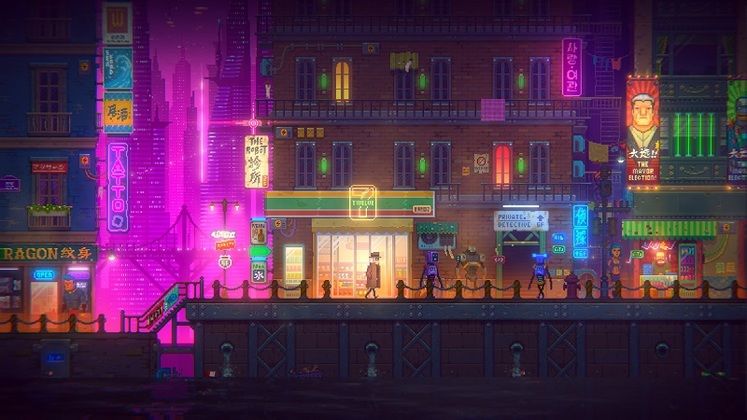 Tales of the Neon Sea is a point-and-click adventure game in which you play as Rex, a hard-boiled detective that's, predictably, investigating crimes. Less predictably, his assistant is a cat named William whose ability to squeeze into areas Rex can't often uncovers vital evidence. If the cat companion doesn't seal the deal, you're officially a monster, but the intriguing story, vibrant cyberpunk world depicted using beautiful pixel art, and varied puzzles might convince you to give this adventure a chance. 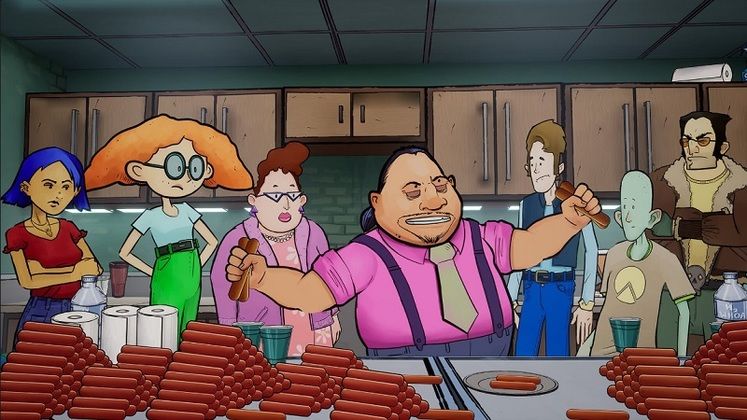 The journey of fictional video game developer Shovelworks Studios continues in 3 out of 10: Season Two. Continuing along the lines of the first season, which is still free on the Epic Games Store, the adventure game promises fully animated and voiced scenes and narrative-driven minigames as it takes a satirical look at game development across its five episodes. 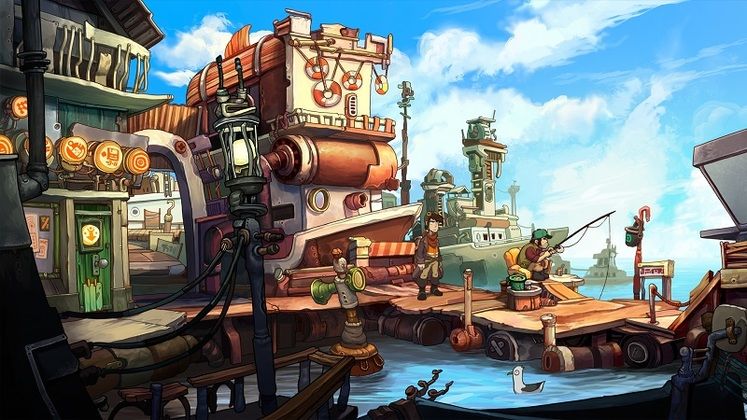 Deponia: The Complete Journey bundles together the first three games in the series, making for 40+ hours' worth of point-and-click adventure gameplay in the style of Daedalic Entertainment. Set on the eponymous trash planet, the titles follow the misadventures of Rufus and Goal blending humor, heartfelt moments, and good old puzzles.

Ken Follett's The Pillars of the Earth 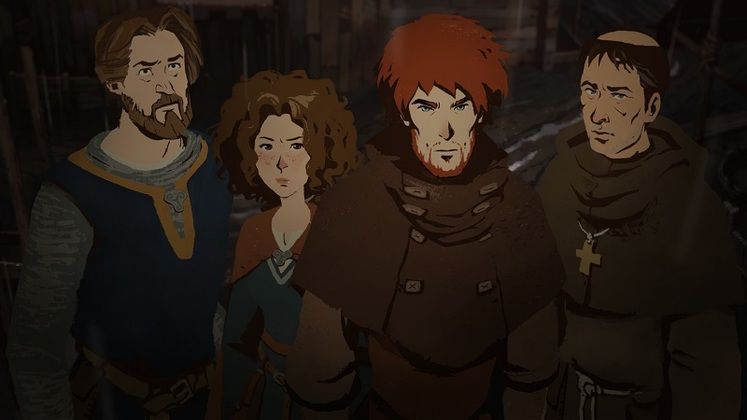 Another point-and-click adventure game from Daedalic Entertainment, Ken Follett's The Pillars of the Earth is based on the bestselling novel set in 12th-century England. The game tells the stories of three different characters, centered around the construction of a cathedral in a small town, and also lets players change the events from the novel as they decide the protagonists' fates. 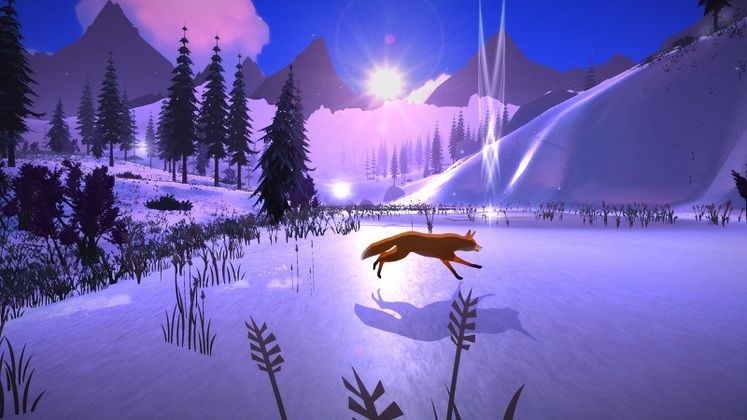 The First Tree is a third-person exploration game, or walking simulator to some, that tells two parallel stories: one of a fox trying to find her missing family; another of a son reconnecting with his estranged father in Alaska. While keeping the narrative-driven theme of the week's free Epic Game Store games, this one is a considerably more relaxed experience.

If you'd like a refresher on the free games you could grab on the Epic Games Store last year, check out our 2020 list.