The sequel to Sunless Sea will be available on Steam and GOG Games In Development from the end of this month.

All eyes quickly shifted to Kickstarter once Sunless Skies arrives on the Crowdfunding platform. And with it being fully funded in less than an afternoon, it's no surprise that people are still fixated on what's to come rather than what is already there.

Smashing the expectations of only the developers at this point, Sunless Skies reached its Kickstarter goal in just under 4 hours.

Sunless Sea took players on a joyous journey of oceanic discovery, and by “joyous” I mean filled with death, horror, and madness. Also, maybe a little bit of cannibalism. The title’s won myriad awards for its writing since it released early in 2015, and now it’s getting a full-featured expansion taking you below the surface of the sea. 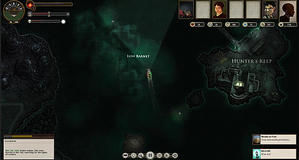