Among the Sleep Summary

Among the Sleep Review

Chris Capel always knew he was a big baby..

VR version of toddler horror game Among the Sleep cancelled

First-person horror game Among the Sleep took a slightly different approach to a fairly overstuffed genre, by casting you as a frightened toddler stumbling around in a creepy house.

The game was Kickstarted back in 2013, and one of the stretch goals that was reached was the addition of VR support.

Unfortunately, developer Krillbyte has had to abandon the planned VR version, after discovering that the childlike movement in the game simply doesn't work with the hardware. The problem is that when the game takes control away from the player, the camera techniques used for emulating a child's movement are a recipe for motion sickness.

Indie horror game Among the Sleep, which had you play as a toddler exploring a creepy house, has sold over 100,000 copies, developer Krillbite Studios has announced.

The Norwegian studio revealed the numbers to Eurogamer at GDC. Not bad for a game that originally began as a student project.

Toddler horror Among the Sleep to get free DLC this Wednesday

Krillbite's horror game Among the Sleep, which has you playing as a terrified toddler, is going to get some free DLC this week.

This is one of the Kickstarter-funded title's stretch goals. It takes place after the events of the game "and expands a bit on the main story," according to the developers.

Krillbite Studio has announced that their horror title Among the Sleep, which casts you as a two-year old trundling around in a spooky house, will come to PC on May 29.

Among the Sleep Essentials 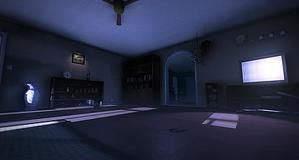