Obduction, the new game from the makers of Myst, is available now

There are few games with the popularity and enduring legacy of Myst. Cyan Worlds is returning to the first-person exploration adventure with a new game called Obduction and after a successful Kickstarter campaign back in 2013 and a number of delays along the way, the game is finally available.

Obduction, the adventure title from the original Myst developers at Cyan Worlds, was set to release next Tuesday. While the game’s complete, the team felt they didn’t have enough time to fully test the title for bugs and glitches, and so they’re giving it a month-long delay to fully polish the upcoming adventure. The new release is set for the week of August 22.

Kickstarted project Obduction has been delayed until July 26th

Obduction, the upcoming adventure game developed by Cyan Worlds (creators of the Myst series), has been delayed until July. Originally funded through a Kickstarter campaign back in October 2013, Obduction was scheduled to have a release date of October 2015. This release date was scheduled for late June, but now has been pushed back to July 26th.

“Now we fully expect that everyone is a bit disappointed by the slight delay,” Rand Miller, CEO of Cyan Worlds, wrote on Kickstarter. “But we also expect that most people will understand and be fairly happy that it’s still just right around the corner. 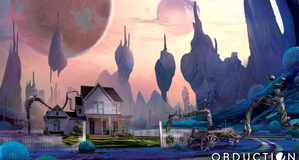