Devolver Digital has announced they are giving away five free games on Steam, including the original 1997 version of Shadow Warrior and The Talos Principle.

Enter then Road to Gehenna, an expansion pack for The Talos Principle which proves that last year's game was no fluke, Road to Gehenna once more brings those same philosophical musings and brutally clever puzzles to the forefront and does so with the levels of flair and visual flourish that were so evident in its parent title.

The Talos Principle: Road to Gehenna expansion out July 23rd

Croteam and publisher Devolver Digital have just revealed that the expansion for The Talos Principle will be arriving in a few weeks on July 23rd through Steam. Road to Gehenna features four episodes to boggle experienced minds.

The 'Devolver Digital DLC Ethics Department' wasn't happy about having over 100 DLCs at $5 a pop, so they crammed them together in the Road to Gehenna expansion; accountants wept.

'Road to Gehenna' expansion pack announced for The Talos Principle

Titled, 'Road to Gehenna', the expansion pack is expected to release on Steam sometime this spring.

Demo for The Talos Principle now out on Steam‏

It's described by the developers as a 'Public Test' rather than a demo, and is intended as a way for them to test out for "stress and compatibility" before the full release. 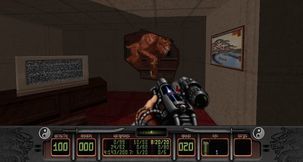