Telltale Games Revived, new game to be announced this year

Holding company LCG Entertainment has acquired Telltale Games' assets and aims to continue the studio's legacy, albeit at a slower pace.

The Walking Dead: The Final Season Pulled From Steam for Epic Games Store

Owners of the season on a different PC platform won't have to switch over to the Epic Games Store for the final two episodes of Telltale's The Walking Dead: The Final Season.

Skybound Games are hoping to keep the original Telltale dev team intact when it comes to wrapping up The Walking Dead. At least, that's the plan.

Telltale have mentioned plans to complete The Walking Dead's final season, but there's been no word on whether there is any intent to pay off their employees' severance packages. 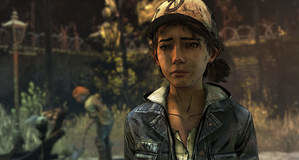