War of the Roses Summary

War of the Roses Review

Those who live by the Sword get pawned by some noob with a crossbow...

War of the Vikings now on Steam Early Access, was "no-brainer" for Paradox

Paradox Interactive's upcoming War of the Vikings has already enjoyed a "well-received" Alpha, and now many more can board the longboat to pillage bugs. It has been made available by Steam Early Access.

The studio wanted to run another Alpha, an eventual Beta and offer pre-orders... "it was a no-brainer" to go with Early Access on Steam. A sampler is on offer from October 1st to the 4th.

Paradox Interactive has announced via their War of the Vikings forum that "vicious Viking violence" will begin this week, August 22nd. It marks the start of the Closed Alpha for those who signed up 5 friends.

If you own War of the Roses: Kingmaker then you're also given an axe, headpiece and beard. The Closed Alpha will run until September 1st before disembarking.

Guns of Burgundy update released for War of the Roses

Paradox has announced a new update for War of the Roses called the Guns of Burgundy which adds a completely new weapon type: handgonnes, the first portable firearm introduced in warfare. They come in four types. The DLC also comes with a new map, Ravenspurn, and new armor pieces. 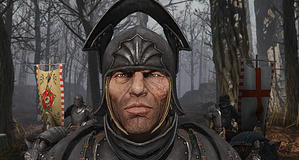