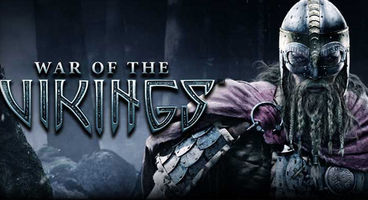 Paradox Interactive has announced via their War of the Vikings forum that "vicious Viking violence" will begin this week, August 22nd. It marks the start of the Closed Alpha for those who signed up 5 friends.

If you own War of the Roses: Kingmaker then you're also given an axe, headpiece and beard. The Closed Alpha will run until September 1st before disembarking.

"...anybody who either signed up five friends via the Alpha Signup page, or who owns a copy of War of the Roses: Kingmaker (F2P Demo doesn't count), is eligible to play during this test period. If you fit in this group, you will receive your Alpha key via email or directly to your steam library at 9:00 CEST August 22nd!" announced Paradox.

The Closed Alpha is limited to 4,000 player slots at a time so Paradox ask testers to be patient. Three character classes will be available: "The Warrior (an all-around medium class with a sword/shield and throwing axes), The Huscarl (a heavy melee fighter with a big giant axe), and The Hirdman (a light ranged class with a longbow and axe)."

More information is available on the Paradox Interactive forums.

Related Games:
War of the Roses, War of the Vikings
Source:
Paradox Interactive