Writer and director Roger Avary is attached to the upcoming Castle Wolfenstein movie project. He worked with Quentin Tarantino on Pulp Fiction. Avary has been a huge fan of Wolfenstein since childhood

Its "vaguely futuristic retro world" should appeal thanks to the success of Marvel's Captain America. Avary says Wolfenstein's "outlandish sensibility has deeply influenced" his works over the years.

Carmack: New IP from id Software is unlikely "in the next decade"

Studio id Software will be supporting the current stable of franchises for the foreseeable future, which is already more "than we can exploit."

John Carmack doesn't want 5 teams at id as 3 "is scary enough." They've got Quake, Doom, Wolfenstein and "hopefully we can add Rage onto that". 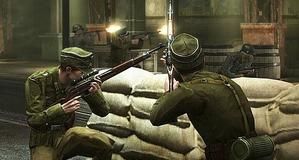