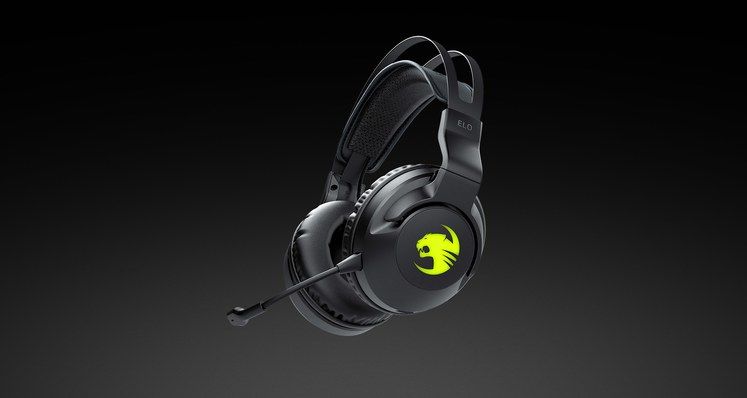 I always love reviewing headsets because of the sheer amount of variations they come in. Despite the sound quality differences intrinsic to each brand and model, they all tend to have at least one unique or semi-unique feature in a bid to set them apart from the rest, which means premium headsets are rarely the same.

Roccat’s Elo 7.1 Air is no different, boasting a 7.1 surround sound setup in a £89.99 wireless package that rivals much more expensive headsets. With 50mm neodymium magnet drivers housed inside memory foam earcups and a leather-covered metal self-adjusting headband, the headsets are insanely comfortable to use and ridiculously easy to adjust – you just place them in your head and you’re set, without any of that manual faffing about with slidable pieces. 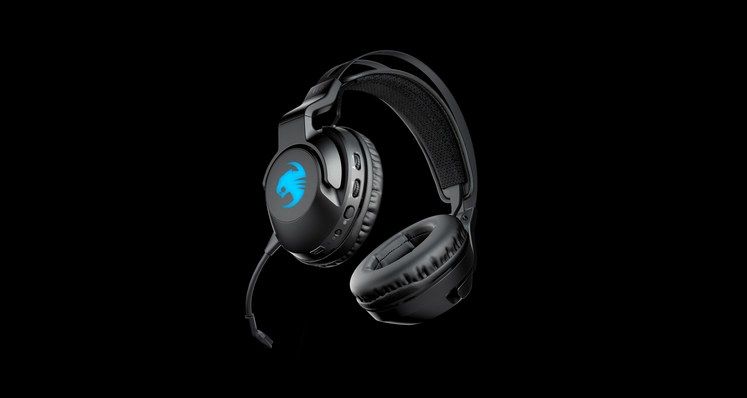 Once you put them in, the first thing that strikes you about the Elo is their build quality – the supra-aural earcups are big and solid, providing ample room for your ears without that uncomfortable feeling of tightness sometimes brought about by cheaper or smaller peripherals. The earcups themselves are connected by rotating hinges to the two metal headbands above, and the leftmost cup houses all the surface controls of the headset on its back: you get the power button, the mic mute button, and two separate volume wheels that allow you to adjust microphone and speaker levels separately.

The sound itself is amazing, especially for a gaming headset. With a frequency response of 20Hz-20,000Hz and 7.1 surround audio, the headset offers a full embodied soundscape that fills your ears from every direction. While the frequency range covers the lowest bass to the highest-pitched whine, I initially had some trouble getting the Elo to reliably output above 15kHz – it took a bit of playing with the equalizer (especially the “Sound Clarity” setting) in Roccat’s Swarm software to get the headset to output the full range frequency. 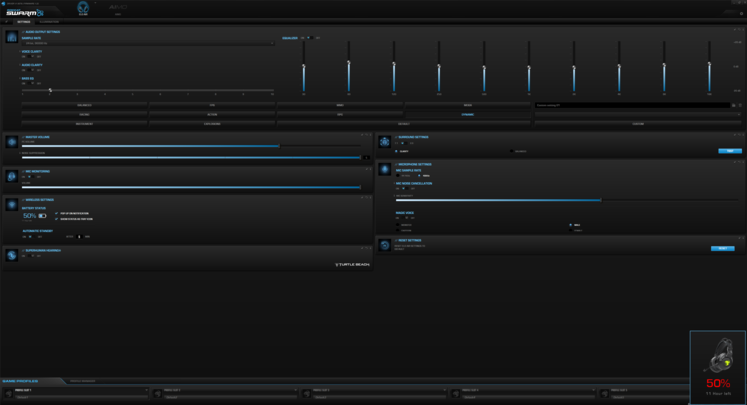 Once you get it setup, however, the performance is amazing. There is an unbelievable difference between 2.0 and 7.1, and although some say that a headset can’t truly be 7.1, it is unarguable how earphones like this one offer not only a broader musical spectrum, but also real directional positioning – shooter games like ArmA and Siege allow you to pinpoint the direction, distance, and even height of sounds, letting you pinpoint the source of enemy fire or identify which floor an enemy is in by sound alone.

On the musical side, the Elo 7.1 Air also doesn’t disappoint. The headset is able to output most instruments very clearly, and listening to FLAC lossless tracks is shockingly crisp. I have several headphones worth way more than the Elo, and it’s performance is easily comparable to headsets that surpass the £120 price mark. 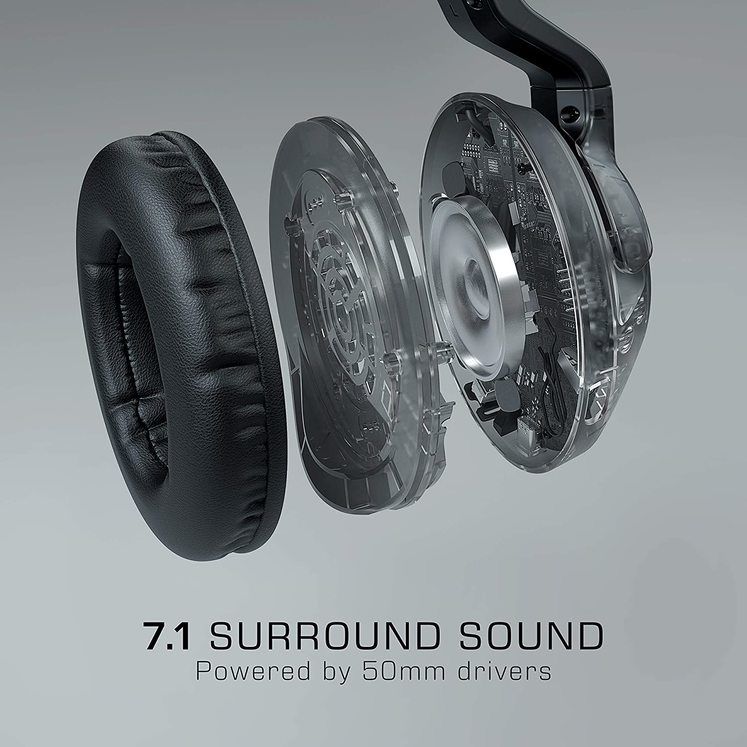 The one bad side of the headset – as often is the case with these peripherals – is the software. While the hardware is plug and play and can be used straight out of the box, you need Roccat’s proprietary Swarm software to properly configure the device. Everything from the equalizer and mic sensitivity to the magic monster filter and RGB LEDs on the sides of the earcups is locked behind this software, and while it mostly works, there is an annoying amount of times where it doesn’t.

The battery display is especially unreliable, often showing full charge when the headset is seconds away from dying and jumping from 100% to 50% with nothing in between. Luckily, these higher-end peripherals often save their settings on the hardware itself, so one secret I’ve learned a long time ago is to install a headset’s software, configure the device until I’m 100% satisfied with, and immediately uninstall the damn thing. 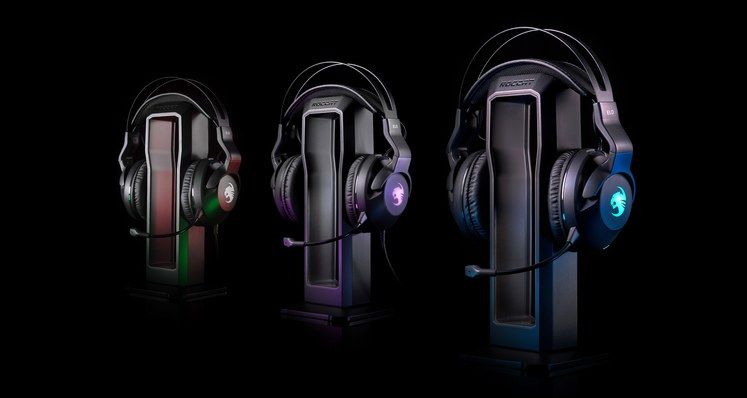 Last but not least, we come to the one true feature I simply can’t live without in headsets of this day and age: sidetone. Like backlit keyboards that let you see the keys in the dark, the ability to hear your own voice in real-time via the headset’s microphone is the true parting of the waters between a good headset and a great one. It’s a feature that is super important in professional microphones for singers and speakers, and it’s inclusion on gaming hardware means it stops you from shouting like a teenager because you’re unaware of how loud you are. The Elo luckily comes with that feature, and lets you adjust it not only on the Swarm software but as well as the headset itself, ensuring you can always hear your own voice (or not) regardless of how noisy the game becomes.

With a 24-hour battery life, a comprehensive frequency range, and a fantastic comfort-form factor, the Elo 7.1 Air surprised me. It replaced the Logitech 7.1 G533 as my wireless headset of choice, and if you’re in the market for a good premium headset that won’t needlessly break the bank, you should definitely give this one a shot.