After years as one of the kings of the gaming headset and audio space, Turtle Beach is finally expanding out into other areas relative to gamers’ interests with some high-end products that are a strong attempt to shake up the PC peripheral market. Leading the charge is the Turtle Beach Impact 700 keyboard - their top-end, fully mechanical gaming-focused keyboard.

With a price tag just shy of $200 or your regional equivalent, the Impact 700 has a lot to prove in terms of living up to its cost in value terms - but even at first glance, this keyboard makes great strides towards that goal, featuring some very lovely and sturdy premium packaging that opens up to reveal a sleekly-designed jet black keyboard with a minimalist approach and a fully steel-reinforced chassis that seems like it’ll take quite the beating. 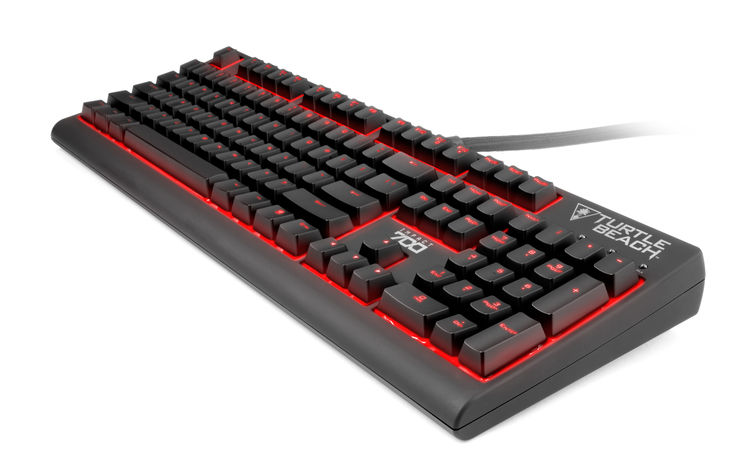 Standard size for a gaming keyboard, the Impact 700 features your typical 104-key QWERTY layout, a string of function keys with secondary functions accessible via an ‘FN’ key, and a separate numpad. It’s just shy of 17 and a half inches wide, which makes it a much more modest keyboard than some of its rivals - something which I’ve actually rather come to enjoy.

Turtle Beach’s approach here seems to have been one of minimalism. Where other gaming keyboards feel the need to pile on over-the-top accessories or ‘extreme’ jagged edges for a design that’s, well, edgy, the Impact 700 gets back to basics - it’s sleek, it’s slim, but also pack a sturdy feel and a heft of weight to match. This isn’t going to slide about on any desk surface very easily thanks to the weight, and it’s not burdened with useless additional features. 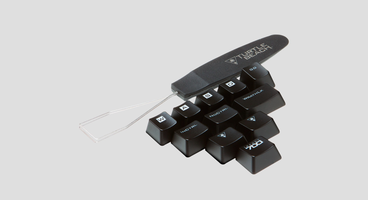 A few swapple keys are one of a few handy inclusions.

As such, the Impact 700 is almost notable for what isn’t in the box - there’s a slim selection of swappable keys, but only for the keys gamers use most, WASD and the arrow keys.

On the keyboard itself, there’s no space wasted on macro buttons or media shortcut buttons - there’s some basic controls for stop, pause, volume and the like attached to the Function keys as a secondary option, but nothing else. There’s something to admire in this simplicity, with its back-to-basics approach a welcome one. I didn’t really realize how little I personally used some of those keys until I plugged this in and they were gone - I didn’t miss them.

Indeed, the only major extra frill beyond being a damn fine keyboard on the Impact 700 comes in the form of two built-in USB expansions - sadly only 2.0 - and an audio and mic pass-through, allowing you to plug 3.5mm audio jacks into your keyboard rather than the back of your case. This is a cool addition, and the presence of both USB and audio ports on the back means you can plug your headset of choice (which I’m sure Turtle Beach hope will be one of theirs) into your keyboard. 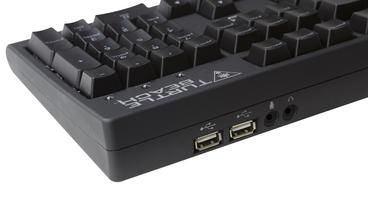 There is a backlight, but I get the impression Turtle Beach only included it because it is now considered a ‘standard’ feature on all gaming keyboards. There’s no complicated RGB colour alteration here - it’s red or nothing, and in a variety of brightnesses.

In a nice touch, users can also adjust if just the WASD keys light up, or the whole thing - but it keeps it simple. In keeping it simple, the keyboard also eliminates the need for overly complicated software - Windows handled everything for me here with no fuss, which is rarely true in my keyboard reviews.

In terms of keyboard action, the Impact 700 features Cherry MX Brown switches - and this is the only option available. If you’re a keyboard snob you may prefer reds or something more resistant such as the blues - what Turtle Beach has essentially done here is go for the ‘middle ground’ of Cherry’s switches.

The end result a satisfying mechanical keyboard that’s an ideal ‘first step’ for those unfamiliar with mechanical but potentially not decisively different enough to impress those with more experience. 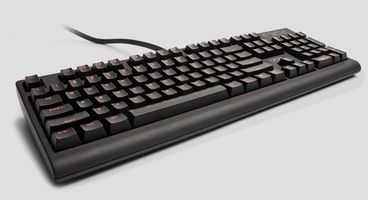 What switches one prefers is a deeply personal preference, but I can say that these Brown switches feel durable and of course come from one of the most renowned key manufacturers out there. It’s a great-feeling keyboard for both typing and gaming, and in that regard Turtle Beach have been quite successful in their mission with the Impact 700.

It is, however, expensive. There’s really no denying that. For what’s on offer - which is essentially no-frills - this is pricey. That dividend is paid back in this feeling like one of the most sturdy keyboards I’ve reviewed, but some may still feel slightly put out by the basic feature set of the keyboard for the price. Not even including a wrist rest - especially when the keyboard sits quite high - feels almost a little stingy.

Even with those caveats noted, it’s hard not to applaud the Impact 700’s quality. This is a solid entry into the market for Turtle Beach and an easy recommendation for those with both the budget and a desire for something more minimal.

The Turtle Beach Impact 700 Gaming Keyboard is available now from Amazon and eBuyer. Product provided to Game Watcher for Review.