Company of Heroes 2: The British Forces

We chat to Relic about Company of Heroes 2's British Forces 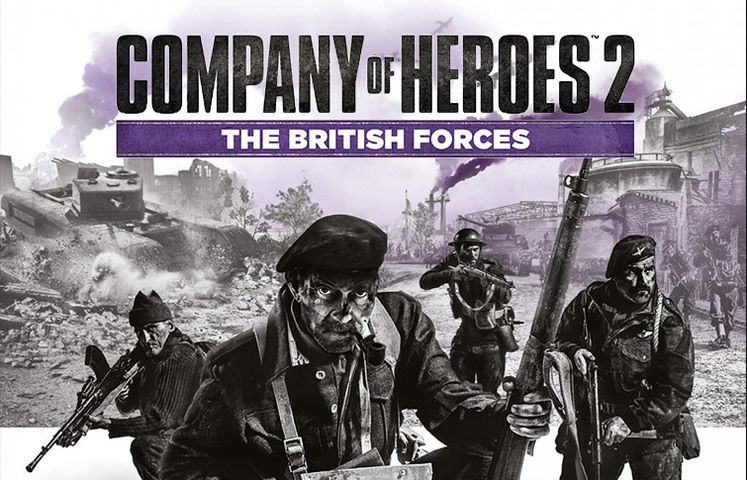 Relic continues to pump out new content for World War 2 strategy compendium Company of Heroes 2, the latest of which is the good old British army, set for release later this Summer. The Tommies were actually added in an expansion to the first game, and specialised in being rock-solid, stubborn defenders who were an absolute nightmare to get rid of once they’d dug in to a fortified position. They’re still plenty capable of turtling it up in CoH 2, but according to Relic they’ve also got a few new tricks up their well-ironed sleeves. I chatted to game director Quinn Duffy to see if I could find out more.

GameWatcher: One of the things you mentioned regarding the new British army is that it can really specialise in two distinct areas. Could you explain how that works?

Quinn Duffy: One of the things that we found when we looked at their military doctrine… we had done a lot of research on the British forces and the Commonwealth when we did the first game, so we had some familiarity with the history and so on, but what we found in Normandy and Holland is that they were very strong defensively. It wasn’t often they got pushed off a piece of ground that they had captured. Once they held it they could bring up anti-tank weapons and so on, they were very durable. So we developed this concept that we call the ‘Hammer and Anvil’. As you go up the tech tree you get the choice to either go more mobile and harder hitting, or more static and defensive.

The ‘Hammer’ units would be fast cruiser tanks, upgraded infantry with special abilities, the ‘Anvil’ path tends to focus on emplacements, and also the very heavy infantry tanks like Churchills, that can kind of absorbs some of this punishment and anchor the line. So we offer the choice – players can go aggressive, and make use of fast armoured cars and cruiser tanks, or if they want to own a piece of the map with heavy units, and dig their infantry in they can do that too. That was the focus of the British this time around. In the first game you could go very rapidly from attack to defence through use of your officers, and this time we wanted that choice to be a little more intentional, so we built it into the tech tree itself. 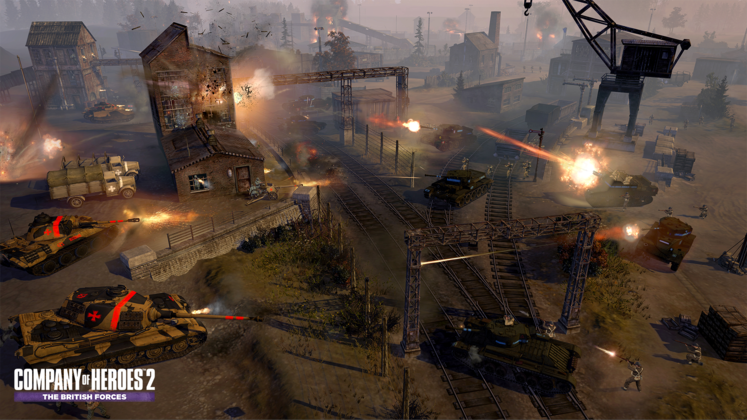 GameWatcher: Obviously most CoH players will be familiar with the Churchill tanks, Commandos, field guns and so on that the British army employed in the first game. Can fans expect any new units?

Quinn Duffy: Yeah, we added a few. Certain units have to be there, the Firefly, the Cromwell which was one of their standard tanks, the Churchill, these are the iconic British units. But yes, we also wanted to throw in a few things we hadn’t seen before, so you’ve got things like the Centaur, which is a mobile anti-aircraft tank that gives them a heavy-armoured anti-infantry unit as well, it has a cool ability to kind of trace out a strafe across the enemy line. We also added the Comet, which was probably one of the most advanced tanks in any army, certainly the British army, when it came out right at the end of the war. It’s got a great combination of speed and firepower, so that’s going to be great fun. We also added an AAC armoured car, a heavy vehicle that’s almost as well armoured as the ones the Germans have. The British used a lot of armoured cars for recon and guiding their tanks in, so that’s kind of fun to use. We actually saw that when we went to Belgium last year for the launch of Ardennes Assault, and the museum there had an AAC that was so imposing that we thought right then and there we’d get it in the game.

GameWatcher: There’s also eight new multiplayer maps coming with the new army, how did you approach those? Did you have an idea of the sort of maps you wanted to add?

Quinn Duffy: I think the big thing was setting. We’re sort of filling in the blanks of WW2, heading west and moving forward in time a little bit. So we added a number of maps set in Germany, we wanted to aim for a more industrialised sort of feel, this destroyed landscape. Germany had been pulverised from the air for a number of years at this point, so we wanted a slightly post-apocalyptic feel with lots of scattered and broken machinery, so that was the focus there. There’s some really unique new areas to play in.

GameWatcher: You’ve made a point of saying that you’ve tried to add a level of authenticity to the British in terms of regional accents, troopers form different locations. I think there’s some ANZAC soldiers there as well.

Quinn Duffy: Yeah, actually in the first British army we had some Canadians, because hey we’re Canadian, and we had a New Zealand pilot in the game, because there were a lot of Commonwealth pilots flying in the RAF, so that felt like an interesting way to add in some different nations that fought under the Commonwealth. But yes, we wanted to get some of the breadth of culture in parts of the British isles, we’ve got a Northern Irish commando, a Welsh engineer, Scottish sniper. It felt like an interesting way to introduce some characters, some roles, some dialect and lingo. There’s even a few little bits of political commentary, the Welsh guy is very labour-orientated, a bit of a unionist from the coal-mines. We had a British writer, and we did our voice recording in London, so we finally had some authentic casting. It sounds really interesting, and it gives this neat audio tableaux for the player. 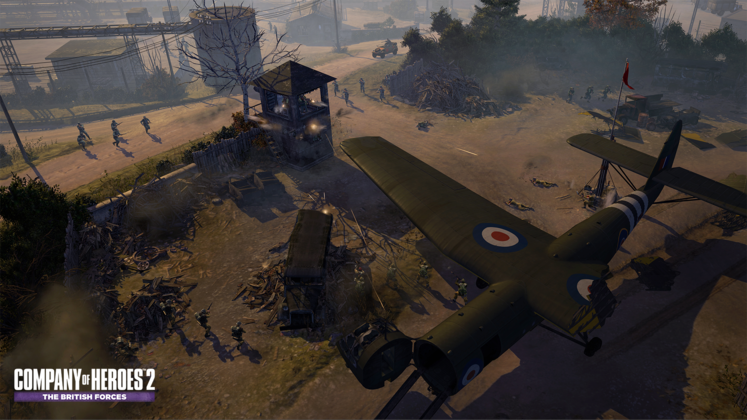 GameWatcher: With these WW2 strategy games we’re fairly familiar with the main armies, the Americans, British, Germans and so on, but they often don’t explore the wider war. Like, the British had Indian troopers, soldiers from across the Commonwealth fighting for them. Is that something you’d like to explore in the future, a more global cast?

Quinn Duffy: I think we’re primarily focused on the European front, but we’ve stated on a number of occasions that we like the idea of this game as a kind of WW2 platform, we’re invested heavily in mod tools and that kind of thing. So we’re continuing to roll out new abilities to mod the game, and I think at some point having a group of players or a clan take up those challenges, of modding in a far Eastern army, or the Italians, that kind of thing, that’s something we’d be excited to support.

GameWatcher: This expansion is launching alongside a more general content upgrade for core CoH2 that reworks the balance and adds a few new things. What can players expect from the update?

Quinn Duffy: Every time we add a new faction we have to go back and take a look at the other ones, so there tends to be a balance update with any new expansion. We’re also looking at various kinds of content updates, we replaced all the sub-machine gun animations actually, we did a lot of new motion capture in England just to get a quality update to that animation set, which looked and felt a little under par compared to the new things we had added elsewhere. And that brings up the general quality and visual fidelity of the game. There’s a number of other features we’ll be launching en route; we added the leaderboards, there’s a big website update to coincide with the leaderboards, a big update to the store. So there’s lots of features that coincide with the launch of the new army. 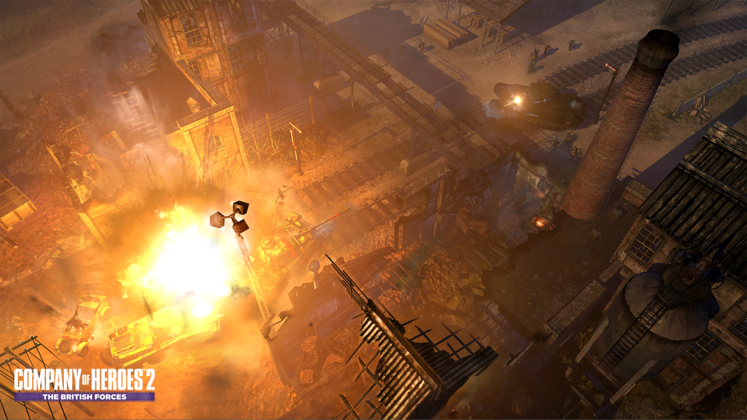 GameWatcher: You released the singleplayer-focused Ardennes expansion late last year, which was a great way to expand the game for SP fans and give them a chance to play with the American faction. Is that something you’re looking to continue, perhaps with the new British army?

Quinn Duffy: I think it’s a little bit dependant on what the market dictates, if there’s interest we’ll pursue it. I think at this point we’re going to support the mod tools and those kinds of initiatives, and we’ll see what players are interested in.

Many thanks to Quinn for chatting to me. You don’t have long to wait before you cab get your hands on the Tommies - Company of Heroes 2: The British Forces is out this September 3. Now if we could get that singleplayer campaign too, that would be just dandy. 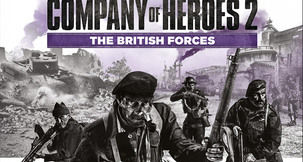 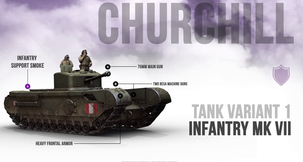 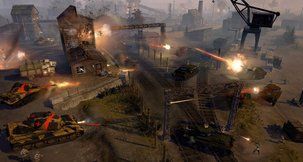