You see I am a PADI Rescue Diver myself. Occasionally, when I went on a diving resort in Hurghada, almost whole future team of “Diver” developers roomed numbers in one hotel… And so the story began

Strategy Informer: Could you tell us something about the story behind Diver: Deep Water Adventures?

Biart: You see I am a PADI Rescue Diver myself. Occasionally, when I went on a diving resort in Hurghada, almost whole future team of “Diver” developers roomed numbers in one hotel… And so the story began. Now we often go there to relax, dive and have a rest from work.

Strategy Informer: Can you tell if there will be a multiplayer side of the game?

Biart: Well we are thinking about developing an online multiplayer version of Diver, but its now only on the station of thoughts.

Biart: I guess nothing more than we have announced, but we are planning to work in two directions and issue two different products on underwater themes – sequel of “Diver” which is going to be a multi-platform military underwater simulator with more action based on historical events and another one is a sport diving simulator exclusively for divers. We hope the gaming world will accept and love them!

Biart: We have developed our own engine for the game and it provides realistic surface of the water, divine rays, caustica, 3-D mist, realistic physics, procedure animation and effect of ragdoll. We haven’t used hi-poly models because our system requirements for the game are rather simple and democratic. For instance, wrecks are implemented on 30 000 polygons, fishes – on from 1000 to 2500 polygons. The highest resolution is 1280x1024. And, of course, there is a bumpmapping and pixel shader support.

Strategy Informer: What are the current system requirements for Diver: Deep Water Adventures?

Strategy Informer: Will there be any modding support or tools released for the game?

Biart: Right now we are not planning to proclaim tools for making models of levels. The technical details are clear only for our officials and there is no use in them. But we’ve already started developing add-ons for the game.

Strategy Informer: What kind of support is the game going to have after it's released?

Biart: Despite permanent support on the official site, we are planning to open an internet portal for gamers and divers. There the DWA players will be able to upload photos they’ve made in the game. Best of virtual photographers will be rewarded with some valuable prizes. This media resource will also be a matter of interest for non-virtual underwater photography-fanciers – all the users will receive some free service including a private web page, editorial rights for a mini-site, a note-book for some diver histories, an uploading system for diver photo and a diver blog. There would also be a service for downloading possible patches.

Strategy Informer: How well is production going at the moment?

Biart: At the moment the beta-version is ready. By the end of april we are planning to complete premaster for tests and to prepare master copy. At the same time we are localizing “Diver” on French and German languages.

Strategy Informer: Could you tell us a little bit about the weapons and Sea Fish that will be featured in Diver: Deep Water Adventures?

Biart: Well there are more than 50 species of marine fauna in our game, among them some are really dangerous. Concerning the weapons there will be knife, several types of garpoon shotguns and an underwater automatic gun which was modeled according to the schemes of soviet sabotage detachments weapons. There would also be a device for mining objects. And probably I should add that besides the weapon we’ll realize underwater photo camera, instrument for welding, scooter, lift bag and a metal detector? Oh and I almost forgot – we have some ROV’s in the game!

Strategy Informer: Will there be any secret bonus features built in the game?

Biart: Yes. There would be some extra-tasks, which you will be able to discover while completing missions. For instance, while examining a bottom of a fjord in Norway seas your probe will go out of order and a quiet scientific research will turn into a run for your life in the cold waters of Atlantis.

Biart: The hardest thing was completing the game balance. We are full of ideas and some new come up everyday. If we start to realize everything we’d want to, development of the game will take two or three years more.

Strategy Informer: Do you think it's likely we'll see some changes to the current release date?

Biart: No. We are planning to finish everything by June. A month is a good term for the final test and bug fix.

Strategy Informer: Is there anything you'd like to say to The Diver: Deep Water Adventures community before we wrap this up?

Biart: Well when starting this project we actually realized that it is a definite risk because of it’s unusual type and realization. We hope that the gaming audience will positively assess the result of two years of our work. 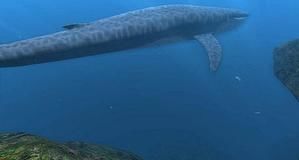