We keep a look out for ghostly apparitions of scary little girls as we talk to Primary Art Lead Dave Matthews about F.E.A.R 2 in the dark

17 December 2008 | By Import
A dilapidated house situated in the centre of London is where we’ve come to get an extended hands-on with FEAR 2: Project Origin. Escorted through a pitch-black corridor, we’re shown to a dark room where the ghostly vision of FEAR’s tormentor Alma is projected on to the facing wall as you enter. (To find out more about how the game plays, check out our forthcoming preview).

We decided to be brave and withstand the darkness just long enough to ask Dave Matthews, FEAR 2’s Primary Art Lead, a few questions to shed some light on the much-anticipated sequel, before running out into the streets screaming.


Strategy Informer: FEAR was a huge success, so has the weight of expectation for the sequel piled on the pressure a bit?

Dave Matthews: Sure, but one of the things that we’re really big on is community and because of that there were constantly a lot of people saying “do this, do that!” and that’s how the ATC armour (a controllable mech) got created for FEAR 2. And we had people clamouring to jump inside it, run around and wreak all kinds of havoc. As we started to think about it as a great idea, we knew we had to get it into the game, so that was the seed for the ATC.


Other aspects we looked at: we realised there was definitely some shortcomings in FEAR, like the story, which we didn’t deliver as seamlessly as we should have, and that’s what kind of forced us to think about how we can deliver the story in a more experiential way. We really went back time and time again to look at FEAR and see where we can improve, what can we change to make the experience better. That manifested itself in so many different ways, (especially) from a horror perspective. I think we did a really good job creating an effective horror experience in the first game, but if we came back with the exact same thing, I think people would have been a little too numb to it.

So we looked at a lot of other influences, like Nightwatch and Daywatch, High Tension and we’ve even looked at films like Saw and stuff like that. Not the gore aspects of Saw, but more the emotional trigger that occurs when you see a character wake up and he’s got 30 seconds to perform some action or else something abysmal will happen. And it’s that kind of emotional trigger that we wanted to pull from Saw, so we cherry-picked the best things and put it all together to create this new experience. We constantly came back time and time again, made some good decisions: some inspired by the community, some inspired by the internal development.

Strategy Informer: Have you taken some of the lessons you’ve learnt from the Condemned games and carried them through into FEAR 2?

Dave Matthews: Well, we’re all one big family at Monolith so we all have movie nights and there’s a lot of cross-pollination that goes on between the two teams. Ultimately, there are some of the Condemned guys working on FEAR, and there are a lot of other people that came in. I’ve been at the company about four years and I came in at the very tail end of the first FEAR and helped that one get out of the door. We’ve got a lot of new people, and what’s great about that is there’s a real melting pot of experiences, which keeps us building our knowledge base which just gets deeper and deeper. This manifests itself in FEAR 2.

Strategy Informer: What can you tell us about the legal wrangle over the FEAR name? How did Project Origin end up with the FEAR 2 brand after all the fuss?

Dave Matthews: Alma, the universe, the story, all the characters, they’re owned by Monolith, and at the time Vivendi owned the name to FEAR. People started talking about FEAR 2 being announced and the more I talk to people, the more it seems it came between Extraction Point and Perseus Mandate, so I wonder if what they were talking about was Perseus Mandate, I’m not sure.

Ultimately, when we were working on FEAR 2 under the name of Project Origin, we recognised that the story is really all about Alma. In FEAR that was the main tenet that we were really focused on and we wanted to continue that story, push it forward. FEAR was always part of Alma, Alma wasn’t part of FEAR, so when we started pushing forward with Project Origin, we realised we still had our cornerstone (Alma). Then it looked like right around the time of the merger between Vivendi and Activision there was an opportunity for us to get the name back. We always had that cornerstone, but that extra glimmer, that shine on it, that’s the name. Now it’s whole.


Strategy Informer: Did you take anything from Vivendi’s game then? Were you able to bring over any of the elements that they already had in place?

Dave Matthews: Perseus Mandate and Extraction Point, those were made outside of Monolith and they took the story in a very different direction than we had intended, so when we started working on FEAR 2, there was a very difficult decision. Did we try to figure out and change the story with what we were trying to tell with Alma, and incorporate the story arc with what goes on between Extraction Point and Perseus Mandate? That’s when we decided to treat it as if it were a ‘what if?’ or an alternate spin because we thought it would be of merit to the story if it remained pure.

Strategy Informer: Alma appears in a different form to that in the original FEAR. She seems to be grown-up now. Can you explain a bit more about this?

Dave Matthews: In the first game, the majority of Alma’s appearances were as a small girl, who’d lure you through a scene in a very playful, weird way, but she’d always keep her distance from you and just pull you through the environment and at the end of the game you got to see the hag version when she was released. So, where we’re continuing the game from that timeline you’ll start to see this much more mature version of Alma and because she’s out, she’s no longer restricted by all the confines of being in the containment ball. This poses all sorts of new questions. What are her desires, what are her needs now? As opposed to this manifestation of a small girl, it allows us to make the experience much more intimate with her, so we can change and leverage that as a maturation of Alma and what she wants.

Strategy Informer: The influence of J-horror movies like Ju-On The Grudge is quite obvious in the FEAR games. Are there any film references in FEAR 2 that you’re particularly proud of?

Dave Matthews: If you like a lot of John Woo style action films, you’re going to see a lot of those kinds of influences. Movies like The Killer, Hard Boiled; you’re going to see a lot of elements that make for great translations into an interactive component. Coming back to some of the horror aspects, you’ve the aforementioned influences from High Tension, Nightwatch, Daywatch, Saw. From a game perspective, we’ve got influences from Fatal Frame (Project Zero), or how about way back to Phantasmagoria, there’s some influences there. We’ve pilfered as much as we can, so yeah, there are a lot of influences (laughs).

Strategy Informer: One of the main criticisms levelled towards FEAR were the confined environments. You seem to have addressed this with many of the open spaces in FEAR 2. Do you feel that you’ve struck the right balance between claustrophobic and expansive locations?

Dave Matthews: Absolutely. What was great about FEAR’s confined corridors is that they created real high intensity combat and as we started to address the space issue, we realised the combat changed. And so as we started to change the volume of the space the combat altered, and it gave us new opportunities to approach the AI in different ways, educate them with different activities and abilities. And ultimately we started to leverage that for storytelling purposes, so not only are you going to see these confined spaces that are still intense, now we can augment that and create a great way of pacing the game. We can expand and contract the space, and then if you want specific emotional responses you can use space as a tool.


Strategy Informer: What can you tell us about multiplayer? Is there going to be a co-op mode in FEAR 2?

Dave Matthews: We don’t have co-op. We thought about it a while back and we tried it, but ultimately getting two people to experience the same combat - that’s great - but the horror aspect always felt watered down, so we made a conscious decision to keep FEAR 2 single-player, so that we could tailor the emotional responses. With regard to multiplayer, I’d love to tell you all of the features of multiplayer, but I can’t (keep an eye out for our multiplayer hands-on in a few days). Very soon we’re going to have a big announcement about it. What I can tell you is that we’ve been playing it for months and we’re not sick of it. We love it, and there’s a lot of cool stuff we’re doing with multiplayer that’s really fresh. I think people are going to like it.

Strategy Informer: Is there any FEAR 2 DLC in the pipeline?

Dave Matthews: We recognise that DLC is really important and that’s about as much as I’m going to tell you (laughs). 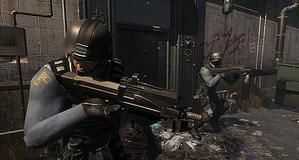