Manor Lords Multiplayer - What to Know About Co-Op Support

Blending deep city building with large-scale battles, medieval strategy game Manor Lords raised enough eyebrows when it was announced back in 2020. As the title's development continues, you may be wondering if multiplayer or some form of co-op support are part of developer Slavic Magic's plans.

Manor Lords multiplayer would allow players to tackle its complex economic simulation and take to the battlefield as allies, in co-op, or as fierce opponents. Strategy titles often include a means of joining friends or strangers in online matches and, below, we cover what we know so far about developer Slavic Magic's upcoming game. 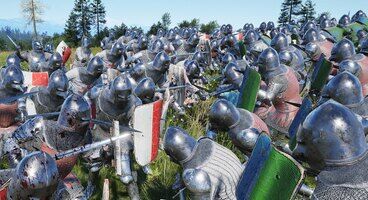 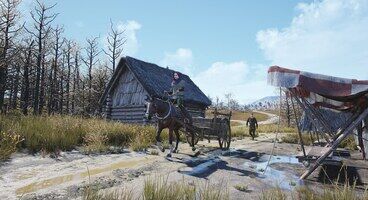 When it was announced, Manor Lords was slated to only feature a single-player component. As of late 2022, that still holds true, so it doesn't look like we'll be seeing co-op being one of the available modes at launch.

Although we won't be able to join or face off against friends right when the title first becomes available, the developer hasn't completely ruled out the possibility of Manor Lords co-op arriving at a later point in time.

"I'm focusing on single player for now. I did test some multiplayer options, and it's possible that it will be added later, but I want to polish the single player experience first," reads a dev answer from a Reddit FAQ from 2020.

Whether or not Manor Lords will get multiplayer in the future remains to be seen. At launch, the priority seems to be that of ensuring as smooth as possible a single-player experience.

We'll have lookouts posted throughout the kingdom and update this article should we learn anything new about potential Manor Lords multiplayer and co-op modes.