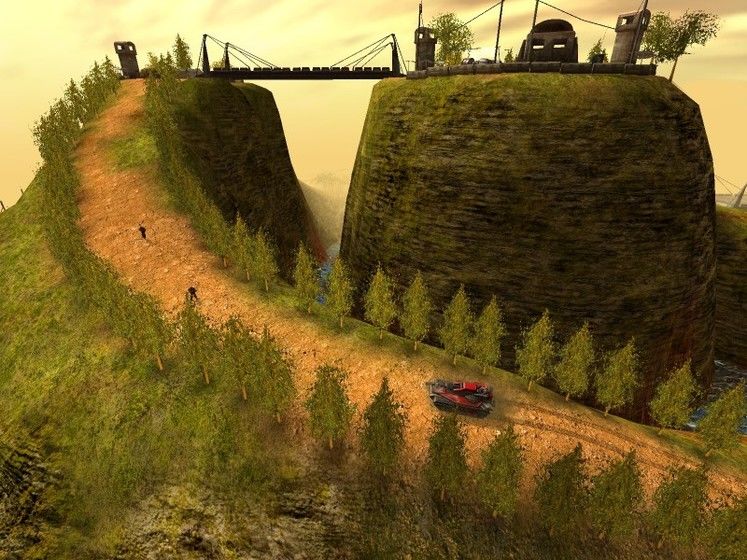 In its essence the player assumes the role of Captain Jacob Angelus, an officer in the Northern Star Alliance. His mission is to guide an assortment of infantry, vehicles, terradynes and aerodynes into victory on the battlefield.

Victory on the battlefield does not come easy – players will have to learn how to use the terrain to their advantage. Being on higher ground gives an advantage in form of line of sight and increased combat efficiency while staying in shadows makes units harder to detect.
Si: What did you aim to improve in Ground Control 2? What has changed since Ground Control 1? 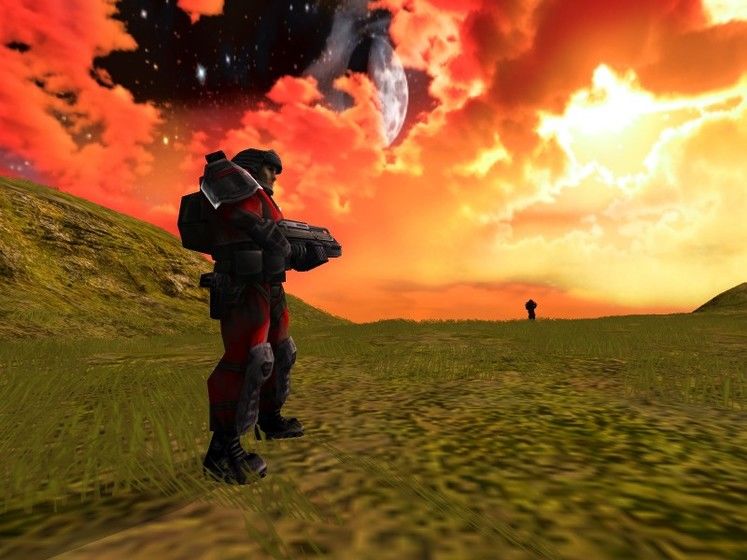 Click on the picture to enlarge it
Henrik Sebri: The short answer is everything =) I honestly believe that we’ve touched on every aspect of the game. From a technical view there is very little code that we’ve reused for the sequel.

An interesting change is our new commander level AI; it changes the way missions are played, and above all makes the game less predictable. I also suspect that during the final tweaking this will also be the most time consuming aspect… Since we do not have any resource harvesting or base building – the AI is totally focused on using the battlefield instead of building barracks and cranking out units.

With the addition of Victory Locations (see below), ability to call down reinforcements and customizable dropships the gameplay is now much more dynamic and flexible. The player will find himself fighting for tactical positions on the map instead of going directly after the enemy. However we’ve kept the core gameplay intact – action oriented combat with a heavy focus on tactics…
Si: Ground Control was purely a tactical game. Will Ground Control 2 have any strategic resource management?
Henrik Sebri: Yes we’ve introduced a little strategic element into Ground Control 2. In the first game the player selected his task force before the mission started and could not change the force throughout the mission. We wanted to give the player a little more flexibility in terms of his arsenal on the battlefield as well as giving clear and precise objectives on the battlefield.

In Ground Control 2 we have introduced ‘Victory Locations’ – locations on the battlefield that are key to controlling the area. By controlling a victory location the player will receive acquisition points (AP) that can be used to call down additional reinforcement, artillery strikes and smoke screens as well as to upgrade the dropship with equipment and weapons.
Si: Will experienced units move from mission to mission or will each mission start with new units? 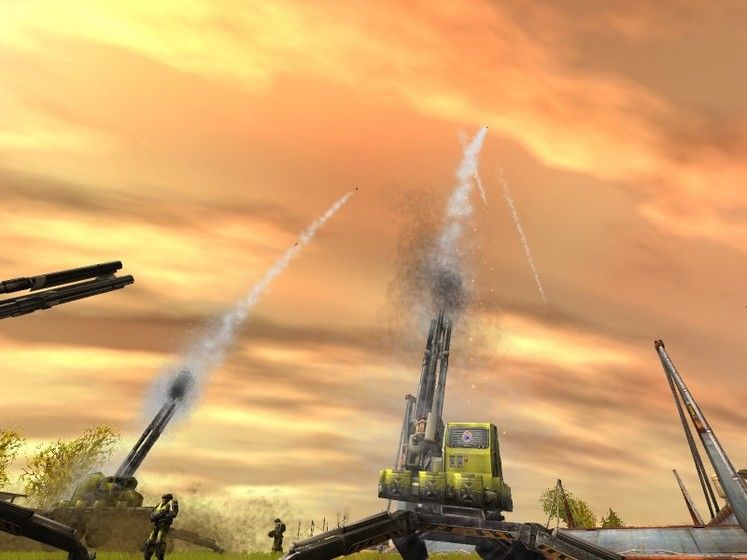 Click on the picture to enlarge it
Henrik Sebri: Units will receive experience within a mission and grow stronger but they will not be carried over from mission to mission.
Si: How many different units will the game feature? Will there be more sides (races) in the game?
Henrik Sebri: There will be approximately 12-16 units for each side. Basically a unit belongs to one of four groups: infantry, vehicles, terradynes (tanks) or aerodynes (helicopters). We’ve ensured that every unit is unique and has a prominent role on the battlefield. We strongly emphasize the use of combined arms – there will not be a single all-powerful unit. For example heavy tanks are truly the lions of the battlefield but inside urban areas, ambushing infantry inside buildings will be stronger as they receive protection from walls and being on higher ground allows them to fire down unto the weaker top armor of the tanks.
Si: What kind of missions will the campaign feature? Can you give us few examples? 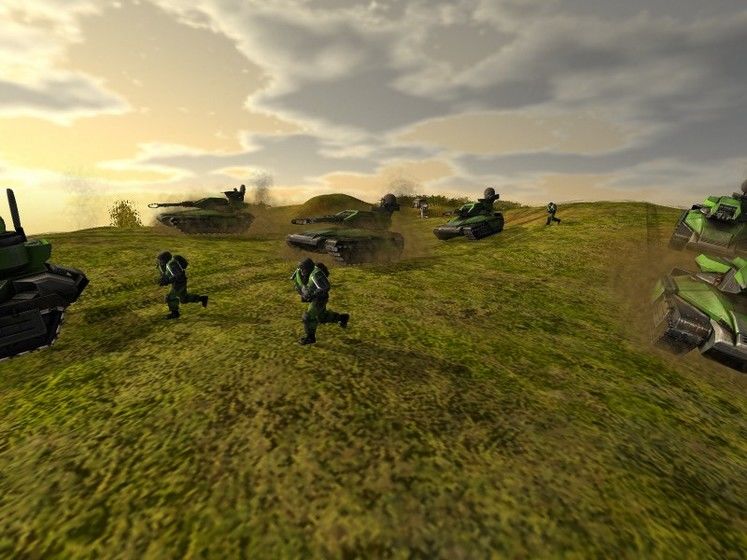 Click on the picture to enlarge it
Henrik Sebri: The campaign feature several different mission types and in one mission you’ll be required to lead a huge armor battle while the next will require you to make use of snipers and a high dose of stealth. Mission objectives ranges from protecting convoys, evacuating cities, intercepting enemy convoys, sabotage etc.

Actually we’ve really planned out the missions not be repetitive and players will constantly have to face new challenges.
Si: Being a tactical game, how will the combat system work?
Henrik Sebri: First of all the terrain is very important. Use the terrain to your advantage. Infantry will thrive in wooded areas, while tanks and vehicles prefer open space. As I mentioned previously higher ground will give an advantage in combat. Weather conditions should be monitored, as it will affect the units. Rain and heavy rain will affect the view range and detection abilities. Expect many assaults (and ambushes!) to be carried out in the cover of heavy rain. Vehicles and tanks have stronger armor in the front, so flanking maneuvers is highly advisable. This also leads us to elevated positions, such as tall buildings, where infantry will be able to target the weak topside armor of tanks and vehicles… Don’t expect to be able to conquer a city section with vehicles alone. Infantry should be used together with smoke to clear them out…

Another important tactical aspect of GC2 is suppression. Units under heavy fire will be suppressed and this result in tanks and vehicles ‘buttoning up’ i.e. the tank commander takes cover within the terradyne. Suppressed infantry will throw themselves on the ground. Now a suppressed unit will receive a view range penalty (they’re keeping their heads down) and infantry will move slower. The reduced view range gives the suppressing side a good shot at flanking. 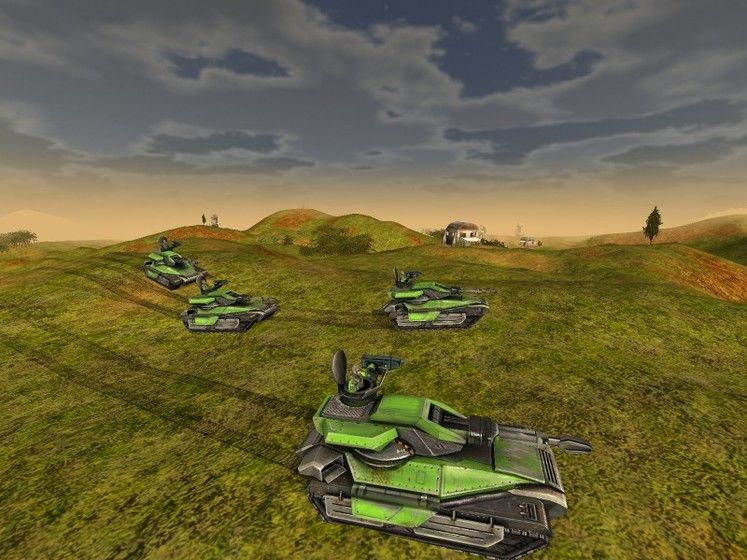 Click on the picture to enlarge it
Henrik Sebri: Yes definitely! We’ve made sure to concentrate on both the multiplayer and the singleplayer experience. For multiplayer GC2 will have a full match up service including ladders and ranking systems. GC2 will also have a drop-in game mode where players can join ongoing games – play for five minutes or play for hours. The drop-in servers will have map rotations, map voting etc.

However one of our true gems in GC2’s multiplayer aspect will be the possibility to play through the entire campaign in cooperative mode over Internet or LAN.
Si: What is the current set release date?
Henrik Sebri: Early next year…
Si: Do you want to add anything? 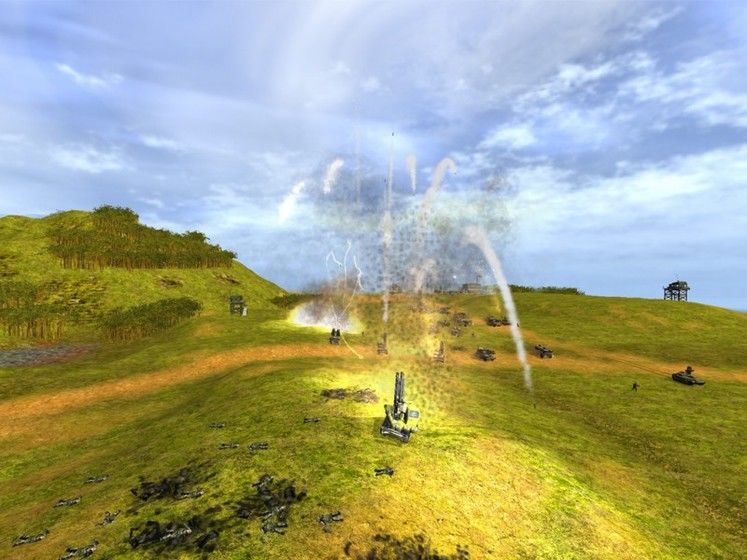 Click on the picture to enlarge it
Henrik Sebri: Not really, unless you can answer me what happens if you shake a full plastic bottle of coca-cola unscrew the cap, quickly insert an Alka-Seltzer tablet and screw the cap back on... 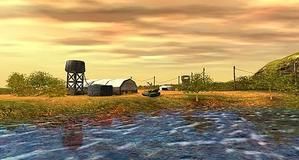