Set in the Second World War, this RTS aims to recreate historically accurate battles, using authentic units and weapons along with real commanding generals. In addition, fans of Sudden Strike will be happy to hear that SS4 is an entirely new entry in the series - with Kite Games having completely ignored SS3. Instead, the developer has looked back to SS and SS2 for inspiration for their new game whilst modernising and improving the experience.

We sat down with Denisz Polgár, Lead Programmer at Kite Games, to talk about what’s new in Sudden Strike 4 and which difficulties they have faced in the development process. 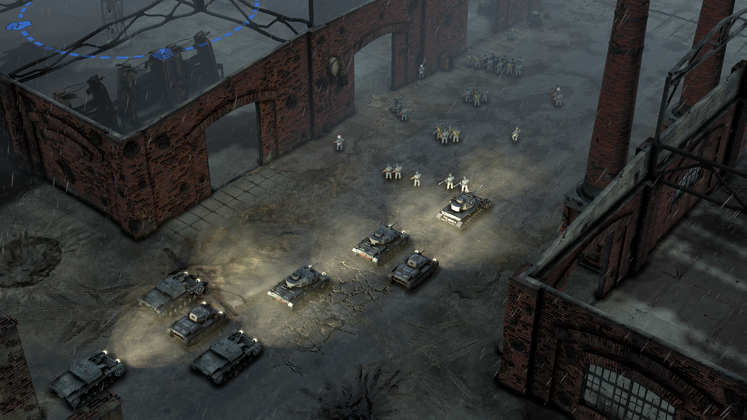 Denisz Polgár: I am Denisz Polgár, the lead game programmer on Sudden Strike 4 from Kite Games, Budapest. I’ve been making games since 2004, and I’ve been working together with the founders of StormRegion who were the guys behind S.W.I.N.E and Codename: Panzers. Actually, I’ve been working with them ever since I started in the games industry.

GameWatcher: Can you give us a brief overview of Sudden Strike 4?

Denisz Polgár: Our main goal was to recreate the original Sudden Strike 1 & 2 games in a modern presentation, both visually and in terms of the modern ergonomics, usability, controls… pretty much a classic hardcore RTS game set in the Second World War. 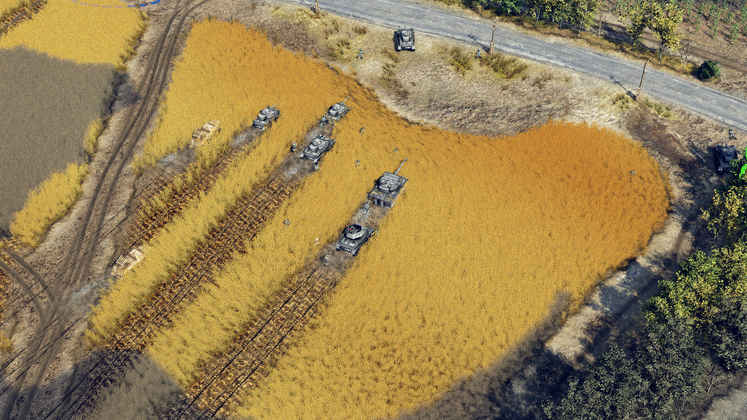 GameWatcher: What do you think is different about this game compared to other RTS games in general?

Denisz Polgár: I’ll try to explain what the game is about and then you’ll understand. This is a tactical game, so there is no base building. You get your units at the beginning of the mission and you have to solve the arising tactical situation with the units you have. You do get reinforcements from time to time, but the player has to choose the right tactical decisions and fight with the enemy with whatever tools he has or tools he can get, like capturing enemy vehicles and stuff like that. That’s one of the major differences compared to usual RTSes that have base building. This is a tactical game that doesn’t do base building at all. What we tried to do is a relatively authentic presentation of the Second World War. We are pretty meticulous about how the units look, how they work, the different mechanics behind the armour being different from different directions of the vehicle, the different weapons being useful or effective depending on the tactical situation… 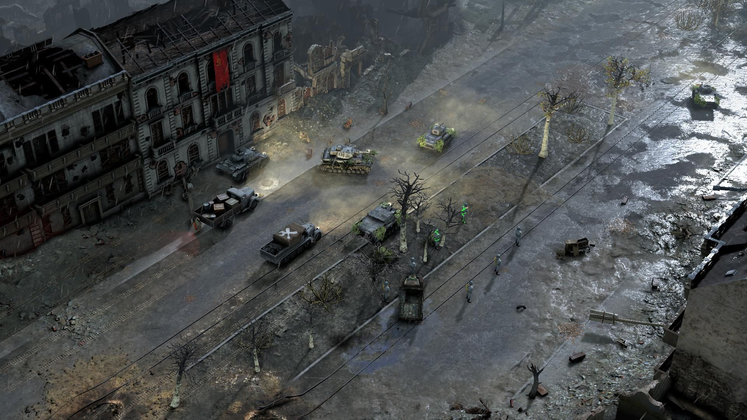 GameWatcher: What sort of difficulties have you encountered developing this game and how did you overcome them?

Denisz Polgár: First, we planned the game. Design-wise, the difficulty was that we were trying to revive a relatively old game, but we kept in mind that we really wanted to cater to those people who were fans of the original Sudden Strike games. More than ten years have passed since Sudden Strike 2 launched. That was actually a big challenge on what kind of game you can make in 2016. The game needs to play like a Sudden Strike game, but in the meantime it needs to look modern, feel modern and play modern, as that is expected from a game that is being released recently. That was pretty much the design challenge. Judging by the first feedback, I think that went relatively well. The people are really keen on playing Sudden Strike 4 as a Sudden Strike game and as a tactical game - a modern tactical game. 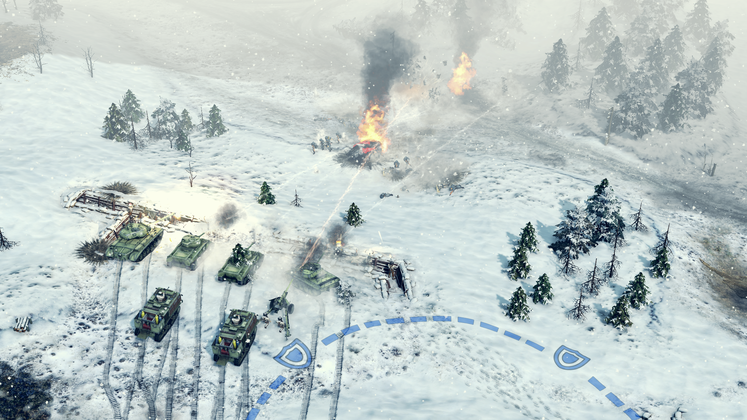 GameWatcher: Did you feel pressured into modernising the game? The Sudden Strike series is very different compared to other RTS games… at any point, did you ever think to include something like base building just to cater to modern RTS fans?

Denisz Polgár: Base building never came up as an option because it was never part of the original set. We never thought about including base building at all because that’s not what the game is about. It’s not about base building, it’s a tactical game. In terms of modernisation, what we put a lot of effort into was two things: the controls should feel relatively smooth and self-explanatory. The other thing is that all the information we relay to the player has to be very clear and very understandable. For example, if there is a unit you cannot hit with a certain weapon, there is a very clear indication that the bullet just ricocheted off of the armour and you will understand, ‘okay, I need to think of something else’. The system that gives you the badges during the gameplay when you use some clever tactics, it instantly teaches you that you will have to explore the options yourself, but once you find one you get instantly notified, do this and you will succeed. You will learn all these new tricks, like going behind or circling and capturing, all these things. 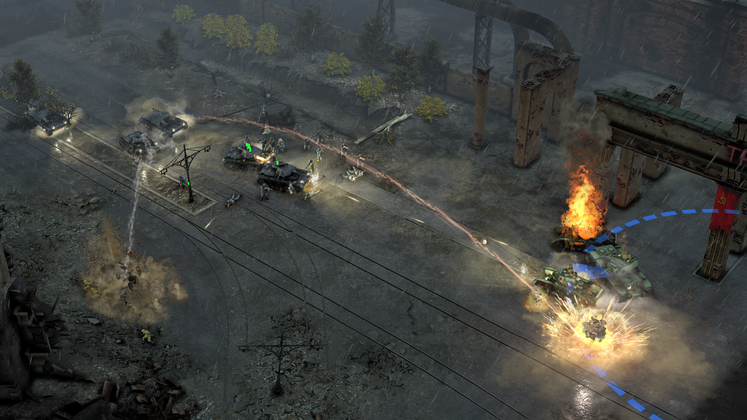 GameWatcher: Do you think this is a good point for people who are new to the series to jump in?

Denisz Polgár: We are working hard to make it as accessible as possible, that is a prime goal. It’s not bad if you are familiar with real-time tactical games, at least a little bit, so you don’t have to learn all the controls from scratch. Even if you do have to learn the controls, you shouldn’t have a very hard time, hopefully. Of course, the missions and the objectives are challenging because that’s what the game is about. It’s actually trying to depict a war where usually you are fighting against odds, because that’s where the interesting part lies, not where it’s like a knife through butter, that’s not an interesting thing to make a game out of. You have to expect some challenge in the game, but nonetheless we try to do everything to provide the player with the tools and the knowledge to beat those challenges. 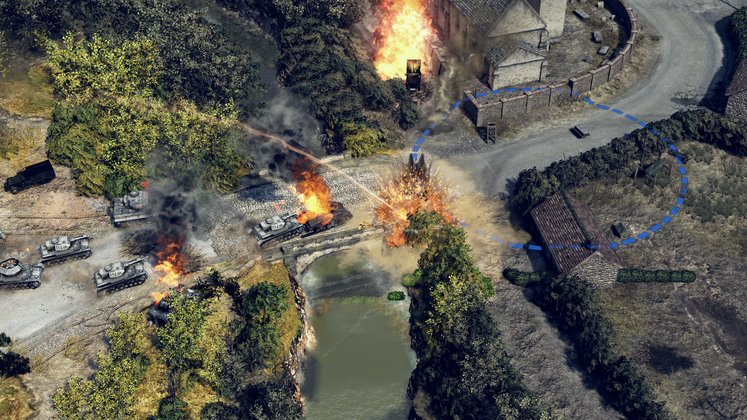 GameWatcher: Why are you releasing Sudden Shock 4 now? There’s been such a big gap since the last game.

Denisz Polgár: That’s not necessarily a question to me as that wasn’t really my decision, however when the opportunity arose and was presented to us about making another Sudden Strike game, we were really keen on doing it because the original series had a great influence on later games that we have done in the RTS genre. We were very keen on redoing this old classic, even with the knowledge that this is a big responsibility towards all the original fans of the old games. But, to answer the question, why now? Why not!

Overall, it sounds as though Kite Games have tailored Sudden Strike 4 to original fans of the series. We’re really interested to replay some of the missions to see how much we improve and we can’t wait to check out the multiplayer mode. 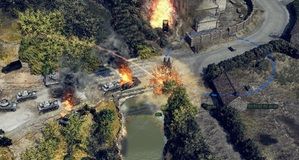 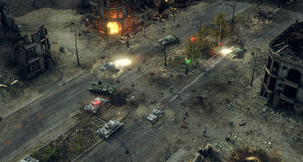 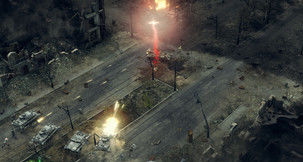 Witness Robert Simon Paint An RTS With This... 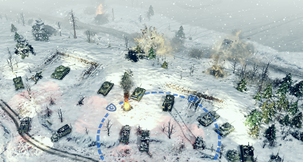