01 August 2008 | By Simon Priest
Blizz CEO and co-founder Mike Morhaime has announced that the upcoming expansion to World of Warcraft will be arrive sometime during the last 3 winter months.

He also revealed that around "40%" of players who left to go explore Age of Conan's Hyboria have "returned to World of Warcraft." No dates for StarCraft 2 or Diablo 3 were hinted at.

"We have said that it will be coming out this year," Morhaime revealed in a conference call yesterday. "I can tell you it's not coming in the July to September quarter."

The beta for Lich King is so sought after by some fans that access keys have started to fetch around $1000 on eBay. Something I'm sure WoW fans will braggingly use against Funcom's Age of Conan tribe.

"Age of Conan released with some initial success," Morhaime noted. "We did see some of our players leave, about 40% of those players have returned to World of Warcraft."

Not too long ago Funcom likened World of Warcraft to McDonalds where their Age of Conan was more like steak and wine. We reviewed Age of Conan: Hyborian Adventures recently and found it a more mature atmosphere but still a ways off from 'fine dining'. 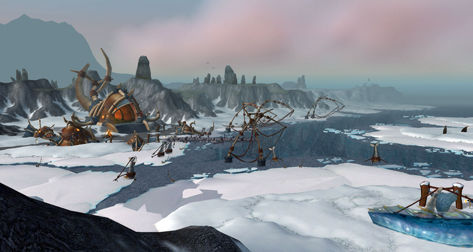 World of Warcraft: Wrath of the Lich King