02 July 2008 | By Jamie Davey
Blizzard's VP Rob Pardo confirmed that there is an unannounced fourth game in development, he reaffirmed the job hunt for next-gen MMO staffers wasn't linked to Diablo III or World of Warcraft.

Some speculate this could be a World of Starcraft, or perhaps Blizzard is finally going to announce a completely new franchise.

"There is still one unknown project," Blizzard executive VP Rob Pardo revealed during the Blizzard Worldwide Invitational. "We have another development team."

A StarCraft MMO would be a safe bet with the fan following and its three differing factions would help keep the action in full swing. There hasn't been a new intellectual property from the Blizz team since 1998, and that was StarCraft.

"The idea of a new franchise is very intriguing to employees of the company," commented Blizzard's COO Paul Sams in an interview with Gamasutra. "Are we ever going to release a new one? I would absolutely say we will at some point. I just don't know when that day will be quite yet."

No release dates have been mentioned for the upcoming Blizz titles with VP Pardo saying they "ship the games when they're ready," and that we "guys know this." 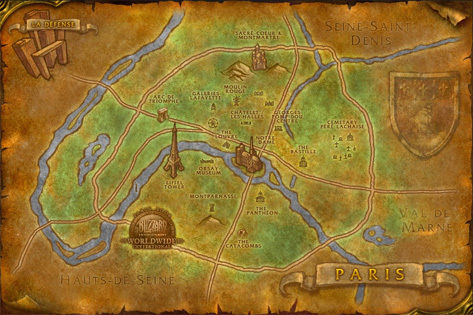