Rage "won't break the Internet", not too big for digital distribution

02 October 2008 | By Simon Priest
Tim Willits of id Software has revealed in an interview with 1UP that Rage won't be such a mammoth in size after all and could hit the digital pipes.

Willits said that John Carmack's comments at QuakeCon were "not true" and it is possible to pull off, they just haven't made their minds up yet if they want to.

"We haven't quite worked through our electronic-distribution," said Willits, id's creative director.

"John Carmack made a comment about the media size, which unfortunately wasn't exactly correct because we haven't crossed that bridge yet. He said it was going to be too large to download, and I was thinking to myself, "You know, uhhhhh, people can do lots of things." So I want to correct that and say that...."

Knocking the boss down a peg or two isn't usually the best method for promotion or a nice fat Christmas bonus but hey this is the video games industry - play by our own rules mate.

"Rage won't break the Internet. Our relationship with Valve and our stuff on Steam has been very successful for us," he continued.

Click here to read the full interview between Tim Willits, Todd Hollenshead and 1UP. 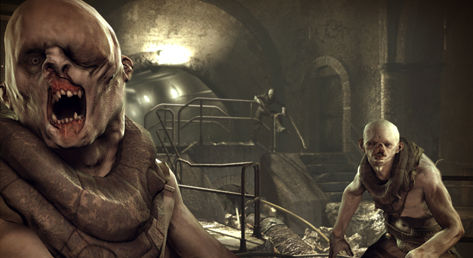