PS3 BioShock details come squelching in from US EGM magazine

04 June 2008 | By Jamie Davey
The game is set to come with all the trimmings that DLC have already offered to the BioShock community so no real surprise there.

Still the PS3 version may have a trick up its sleeve and could in fact seem some graphical improvements, though not by much. Could it be Home integrated too?

The magazine reveals a few things to which the online gaming community has already dissected with uploaded scans of course. Widescreen has been addressed to avoid a cut-off that brought irk from some of the fans with 20-20 vision.

The intrigue comes from the team themselves that promise a bonus for the PS3 BioShock, with recent activities at Sony focusing on Home it can be presumed gamers will see BioShock getting a pimped-out crib on Sony Lane. 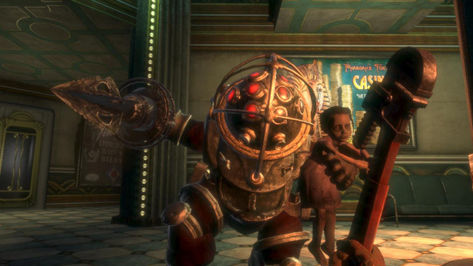