SCEE cancels development of Eight Days and The Getaway

04 June 2008 | By Kres
Sony Computer Entertainment Europe announced today that it has decided to halt production on two PlayStation 3 titles, Eight Days and The Getaway, both in development at Sony's London Studio.

Sony has issued the following statement: “It has been agreed that production of both Eight Days and The Getaway will cease immediately due to the redistribution of resources and budget.

"This decision was made following an internal review of all games and it was deemed that with the incredibly strong list of exclusive first party titles coming up both this year and in the near future, resource should be reallocated to enhance those projects closer to completion.

"Worldwide Studios has a reputation for innovative and entertaining games, with titles such as LittleBigPlanet, SingStar,Buzz, EyeToy and Eye of Judgement, and will continue to push the boundaries on all PlayStation platforms."

Nothing was mentioned about whether Sony would work on both these titles again in the future, but if anything changes we'll let you know. 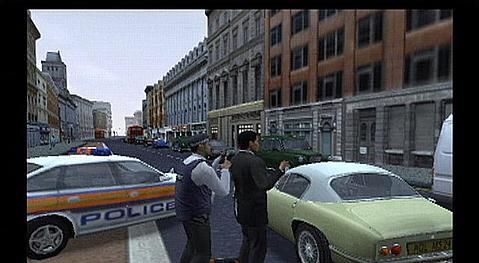