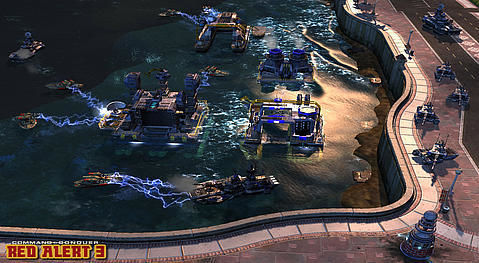 EA has just confirmed to Strategy Informer that the PlayStation 3 version of Red Alert 3 has been put on Hold.

Jonathan Goddard, PR Manager for EA said; “We can confirm that the development of Red Alert 3 for PS3 has been put on hold. EALA is focusing resources on development for PC and Xbox 360 which will ship simultaneously this autumn.”

It was feared that the PS3 version was in trouble yesterday when a source close to Gamestop revealed that EA had removed Red Alert 3 from the PS3 release list. Unfortunate that this actually turned out to be true.