05 June 2008 | By Jamie Davey
Originally the Xbox Live Marketplace was designed to hold "a few hundred items" but now it's beginning to struggle under the load of "17,000 items".

Product manager Aaron Greenberg has voiced his concerns that the current layout just doesn't let gamers "find and discover content as easily as we'd like".

To stem the tide of content Microsoft announced they would begin to delist items which didn't perform all that well, but from Greenberg's admission this simply wouldn't be enough.

"I think a lot of that is we built Xbox Live Marketplace for a few hundred items and now we have 17,000 items," Greenberg added. "We built a small store and we filled it with lots of lots of stuff. We're feeling some of these growing pains..."

This does suggest an overhaul of the entire Marketplace, something that rival Sony recently went through as they rebuilt the PlayStation Store. While he didn't give a thumb up officially to such a rework he has hinted improvements are being lined up in future dashboard updates.

"Longer term, we're looking to make the ability to find content and organize the 17,000 pieces of content we have a lot better." 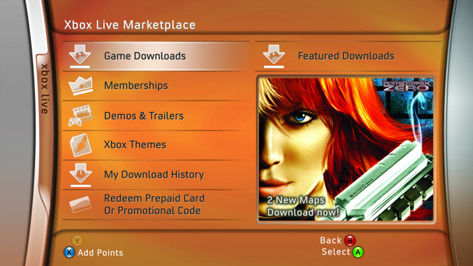