Garry's Mod draws in over $3 million, "totally knocked my socks off"

05 December 2008 | By Simon Priest
Creator of Garry's Mod, Garry Newman, says it hasn't just given him "financial stability" but a lot more experience in programming, and got to fly to Valve HQ.

He blogs that it shifted 5,729 copies its first day, but he expected it would sell "very few after that." Well it took off and went on to sell 312,541 copies over two years.

"The popularity took me and Valve by surprise. As soon as it went on sale the steam servers were temporary knocked out, due to the demand. On the first day it sold 5,729 copies. Wowzer," blogged Newman.

"I kind of expected that it would sell a big number of copies for the first day, then sell very few after that. I was kind of wrong, because over the next 2 years it went on to sell 312,541 copies. Which has totally knocked my socks off."

Garry's Mod lets users bring in any 3D model they want to mess around with using the source engine in a sandbox environment; much hilarity has ensued.

"And it’s my hope that it has inspired other people to do stuff. I mean, I’m a fool like you, I’ve just got more experience in pretending I’m not, and I did it.. So why can’t you," he adds.

Well, why can't you? Where's your $3 million in revenue? Aren't you 'fool' enough? 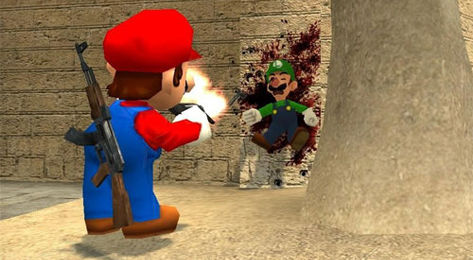