06 May 2008 | By Kres
Sony Computer Entertainment Europe boss David Reeves has announced that a Metal Gear Solid 4 PlayStation 3 bundle will be made available for purchase in European stores from June 12th 2008.

The bundle will include a copy of Metal Gear solid 4, along with a wireless controller and a 40GB PS3. No price point has been revealed yet, but we expect that to be announced at a later date. It'll most likely cost as much as the GTA IV bundle, which was £319.99. 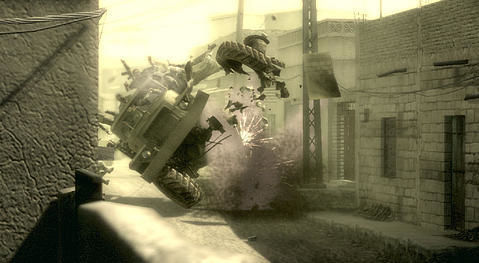