06 August 2008 | By Jamie Davey
Massive Entertainment's executives have been talking with VG247 about the potential sale of the company, now that Activision has confirmed plans to sell it, putting the development of World in Conflict: Soviet Assault in limbo.

“It seems like we have plenty of options,” said president and founder Martin Walfisz.

“Being a part of a merger like this is a strange situation, because obviously the new organisation has to look over all of its assets, everything it owns and its strategy for the future. For the past six month’s we’ve been waiting for the merger to go through and to understand whether they see us as a part of their future or not.

“Apparently they didn’t want an RTS studio in Europe, and to be honest we would have loved to have worked with Activision, but we’re pretty confident in our capabilities and there are not many studios that can match our quality.”

World in Conflict was originally released for the PC, but after it was finished the company decided to develop console versions, expanding from the secure PC background that it had. Although the fate of the console versions isn't certain at this stage.

“We’re working on the console versions (of World in Conflict) together with Swordfish,” said Vice President David Polfeldt. “In the past year or so we’ve been increasing our console capabilities, going from PC to having a really good understanding of console as well.” 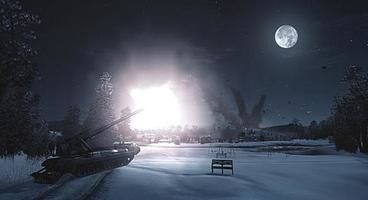 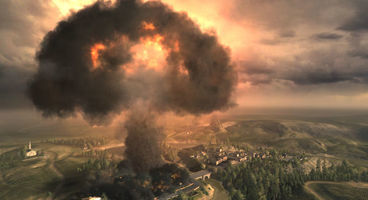 But because Activision has decided that it won't publish the console titles, this means that they are also on the market for sale, so a completely different company from Massive Entertainment could purchase Soviet Assault and take over development, although Massive believes that the potential buyer would want to make sure both assets go together.

“That’s part of the whole situation now. In theory they could sell World in Conflict separately from Massive. I think that any buyer would like to make sure it goes together, but we don’t own it. Activision owns it, so that’s their call.” said Walfisz.

It would be a disappointment to see the development of World in Conflict move over to another studio, especially for the team that have been working on it for so many months. Motivation would surely be affected from any potential loss of World in Conflict, although the company is confident that it'll pull through and grow stronger from the experience.

Keep your chins up chaps.