Rumour-mill: Microsoft ready to unleash the controller pads of war?

08 April 2008 | By Jamie Davey
Recently MTV News has claimed to have been contacted by an 'anonymous development source', who has vaguely outlined the software giant’s plan to challenge the Wii-mote.

Not only that but the claim goes on to suggest that the new Xbox360 controller will go on sale this year. MTV say that Rare is developing an avatar system similar to Mii avatars too.

According to the source, Microsoft has been working away since last summer on this 'project'.

"They want the usual assortment of 'Halo'/ 'Gears'/ 'Forza'/ whatever, just in waggle form," says MTV's informant. "The whole thing is a colossal clusterf---."

"Marketing just want it so they can match the Wii point for point. The biggest parts of their marketing materials outline how easy it would be for third parties to port their Wii games to the 360."

Concerning the avatars this source said that pushing them into every controller title means that they "dictate the entire look and feel of every game they're in, so they have to be generic as all hell." They'll have limbs too apparently.

Secret controller experiments, development on an evolved avatar system - can all this end well for the corporate giant, or will it be an embarrassing waste of R&D? Very interesting stuff nonetheless but a company spokesperson simply retorts with "Microsoft does not comment on rumors and speculation." 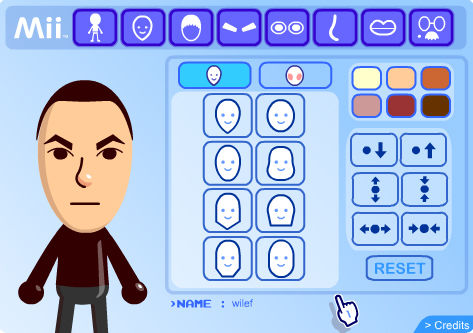