Spencer: Crackdown is "one of my favourites," sequel hints drop

08 December 2008 | By Simon Priest
The crime-fighting sandboxer Crackdown may still have a sequel card to play as Microsoft Game Studios' boss Spencer reveals his love for the game.

"Obviously, right now we're tied up with APB and everything else, but hopefully in the future we'll have the resource and something can be worked out with Microsoft," revealed Realtime Worlds' Colin Macdonald in the summer to VG247.

Let's hope we can have another genetically empowered romp through a crime infested city, fingers crossed for an announcement. Currently the developer is hard at work on their upcoming MMO APB, an online battle between the law and the criminal. 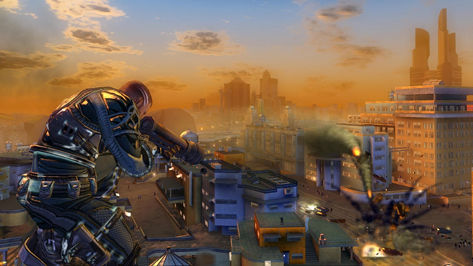