09 April 2008 | By Kres
GamersGate announced today that two additional independent developers, Resolution Interactive and Oxeye, are to be added to its portfolio of over 300 PC titles. 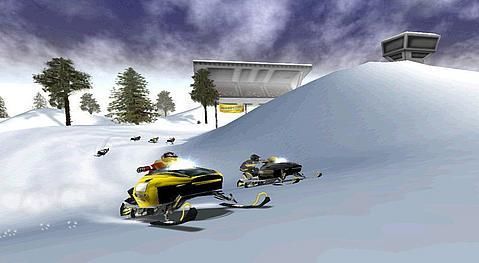 Developer Resolution Interactive will add Clusterball and Ski-doo® X-Team Racing, both of these games are set in the racing genre.

"GamersGate provides us with the best abilities to distribute our games, and we look forward to launching additional titles together with the platform", said Matti Larsson, CEO for Resolution Interactive.

Developer Oxeye has added Harvest: Massive Encounter to the download portal. The game is a Survival Real-Time Strategy Game with Epic Proportions aimed at the old-school RTS gamers.

"As indie developers we are thrilled to find a smooth and reputable way to reach such a large audience and have already received lots of positive feedback from GamersGate's users. It's great to find a company that takes preserving the diversity of gaming so seriously", said Jens Bergensten, Co-Founder and Lead Programmer of Oxeye.

"Deals like these further strengthens the position for GamersGate as the number one choice for independent developers and publishers to reach a global audience" said Susana Meza, Director of Marketing at GamersGate. "Today we do not only hosts some of the biggest publishers in the world but also the best independently developed games".