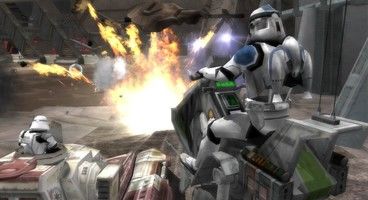 Amazon.com had a listing for Star Wars: Battlefront III last night, but since checking this morning it now appears that the page has been pulled.

The game was mentioned for release on the Xbox 360, PlayStation 3, PSP, DS, Wii and PlayStation 2, and had a release date of March 2009.

Free Radical were listed as the developers, but put all of this in your rumours box for now. If it is coming, then it'll be announced at E3.