09 July 2008 | By Simon Priest
During an IGN developer commentaries clip on the upcoming Banjo Kazooie: Nuts & Bolts, Lobb makes some rather motion fuelled remarks involving Kazooie and her wrench.

The wrench will be used to interactive with many "devices" in the Banjo Kazooie world, but Lobb continued to say in the video that gamers will be able to "twist the controller around".

"The primary function that Kazooie has in the game is she carries this wrench, and the wrench is used for many different things," he said.

"One of the things that the wrench is used for is to turn these devices. So you basically grab with the wrench and then you twist the controller around and it’ll move different things in the game."

So will one of the "game-changing" news items from Microsoft this E3 then be an official announcement for motion control on the Xbox360. Will a whole new controller be launched or just some kind of add-on peripheral for the current models be unveiled?

I guess we'll just have to wait for Microsoft to begin their E3 tirades this July 14th. 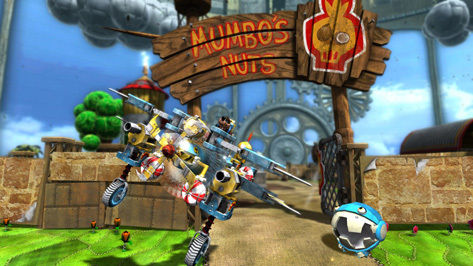