09 July 2008 | By Simon Priest
The King of kicking alien butt -- Duke Nukem -- has long been expected to burst onto XBLA with rocket fire and sass but very little surfaced on its progress.

Now two leaked shots of Duke Nukem 3D show the game listed under someone's My Games section, including the name of one achievement - Piece of Cake.

The achievement can be unlocked once a gamer completes L.A. Meltdown on any difficulty, or in co-op. Of course these pictures from SV have to be taken with a pinch of salt, especially the co-operative part there but it sure would be cool blasting alien scum with a buddy.

Best to keep this one labelled as just 'rumour' for now folks. 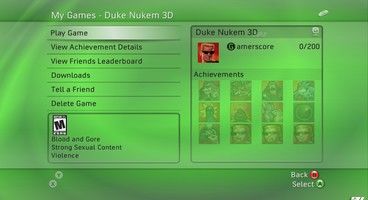 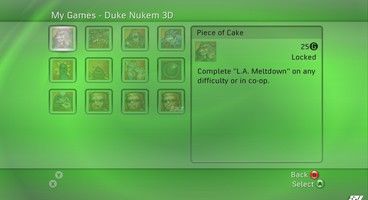