09 December 2008 | By Simon Priest
Sony's Michael Denny has declared that they are on the frontlines when it comes to user-generated content on the console system.

LittleBigPlanet, Buzz and SingStar all embrace what users make themselves and let them share their creations with others. Sony pins hopes to Home, their next online step.

"I think if you look at Worldwide Studios heritage in Europe, we always - whether it's internally or externally - work on innovative new products," said Denny in an interview with GamesIndustry.biz.

Almost 180,000 levels have been created for LittleBigPlanet and they've been played 22.4 million times online. Buzz has seen "over 100,000 user-generated quizzes" pop up and taken over 7 million times, reveal Sony.

"Although we've had the success in the social genre we want to move that on as well, like finding new experiences with LittleBigPlanet and user-generated content. In the console field that's an area we can rightly claim leadership to now. We want to look at more areas of that."

"In some of the more established genres, like shooters with Killzone 2 – we've had some great results in the beta trial, certainly in the online space. I don't think people have really seen enough of Killzone 2 – the customisability, the clan support, the tournament support. We're really excited where that can go," he added.

Click here to read the full interview between Michael Denny and GamesIndustry.biz. 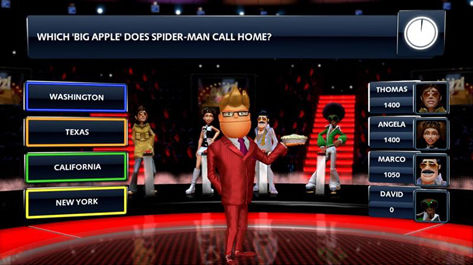