10 March 2008 | By Jamie Davey
While having been rumoured for quite some time it seems very likely that retailers will soon be trimming their prices for the next-gen console covering all the packages.

Amazon had already lowered prices but then reversed their new values almost as fast, an omen that the rumour will evolve shortly?

Sources from German media and others believe Microsoft will be unveiling their new price list today, with the Xbox360 Arcade lowering to 199.99 Euros (down 80) and the Core knocked to 299.99 - as reported by Germanys Financial Times.

This means not only would the Xbox360 Arcade package be cheaper than the Nintendo Wii in Europe but it might have something to do with next month’s launch of Grand Theft Auto IV which has secured an exclusive downloadable content deal with Microsoft.

UPDATE: Microsoft has confirmed that the Xbox 360 will be getting a price drop:

Microsoft today announced it is lowering the estimated retail price (ERP) for its Xbox 360™ family of consoles in Europe. Now with an entry-level ERP of £159.99, Xbox 360 is a mass market entertainment proposition with something to offer for every interest and budget.

Xbox 360 is the number one next-gen console in EMEA, owning 42% of the market in terms of life-to-date revenue. Xbox 360 continues to enjoy the highest software attach rate of any game console in Europe with more than 7.0 games sold per console (PS3: 3.8; Wii 3.5) after 26 months on the market.

The new ERPs are part of Microsoft’s ongoing strategy to open up the ultimate in high-definition gaming and entertainment to an even wider audience, with an offering for everyone:

o Xbox 360 grows as your family does, offering games and entertainment for every member of the family – from movies to games to music videos.

o With over 150 3+ rated games and unparalleled parental controls, parents can feel good about their kids playing Xbox 360

o Xbox Live Video Store offers a wide variety of movies to download, both in HD and SD, enabling great entertainment in the living room at the press of a button

o There will be over 1,000 games available on Xbox 360 by the end of the year, with something for every skill level, interest and taste

o Blockbuster franchises like Grand Theft Auto IV, with exclusive downloadable episodes on Xbox LIVE, and Rock Band make Xbox 360 the place to be this Spring

o Xbox 360 exclusives for 2008 include Fable 2, Gears of War 2 and Too Human, setting new standards for next-generation gaming

“Xbox 360 is now mass market in Europe,” said Chris Lewis, Vice President, Microsoft Interactive Entertainment Business Europe. “We have reached and surpassed several key milestones that form part of our long term strategic plan to achieve critical mass in Europe; and our portfolio now offers the kind of mainstream entertainment experiences that secure wider appeal for Xbox 360. These factors allow us to execute on our strategy to widen the market for Xbox 360, as planned.

“We continue to offer intense, immersive gaming experiences for gamers – but now we’re priced in a way that will allow new consumers to find out for themselves why Xbox 360 is the ultimate in high-definition entertainment.” said Lewis. “History shows that £159.99 is the price point where a console’s audience begins to expand, and with these new ERPs in place we’re ready to bring more consumers into the Xbox 360 world.” 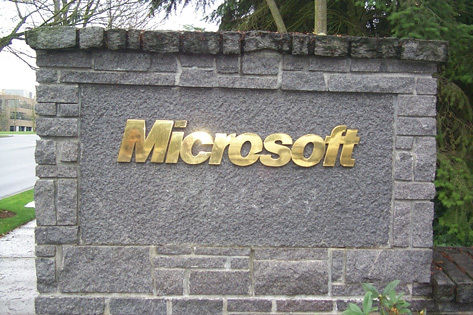